Applicant Harbor Hemp applied to register the mark HARBOR HEMP COMPANY in standard character and design form (below), for non-medicated skin preparations (Class 3), dietary and nutritional  supplements (Class 5), and electronic cigarettes (Class 34), all “containing legally produced industrial hemp extract.” USPTO refused registration as to the Class 5 goods on the ground that the goods are “per se unlawful under the FDCA and therefore Applicant does not have a bona fide intent to use the mark in lawful commerce under Sections 1 and 45 of the Trademark Act.” The Board affirmed that refusal. It also affirmed refusals of the entire applications based on the applicant’s failure to disclaim “HEMP COMPANY” and its failure to amend the description of the mark to conform to the application drawing and the color claim of record.).  In re Harbor Hemp Company LLC, Serial Nos. 88377702 and 88377730 (January 27, 2002) [not precedential] (Opinion by Judge Thomas Shaw). 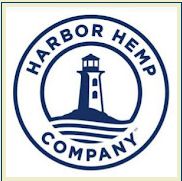 The Federal Drug and Cosmetic Act (FDCA) requires that any product marketed with a claim of therapeutic benefit, including those containing cannabis or cannabis-derived compounds, be approved for its intended use before it may be introduced into interstate commerce, whether hemp-derived or not. [FDA Statement on regulation of products containing cannabis and cannabis-derived compounds here]. An unapproved new drug cannot be distributed or sold in interstate commerce unless it is the subject of an FDA-approved new drug application (NDA) or abbreviated new drug application (ANDA). All of applicant’s Class 5 products fell within the ambit of the FDCA.

The Board stated the issue on this appeal to be “whether an applicant for federal trademark registration can have a bona fide intent to use its mark in commerce on goods that are currently prohibited under federal law but that may, perhaps, become lawful in the future.”

The Board noted that applicant’s Class 5 identification of goods does not exclude CBD as an ingredient. Applicant stated that if the goods do contain CBD, its labels will suffice to advise consumer of that fact. The Board found that statement to be “disingenuous at best.”

Applicant appears to be using the wording “containing legally produced industrial hemp extract” to obscure the fact that the goods contain CBD, in order to avoid a refusal to register the mark now, while leaving open the possibility of adding CBD to its products later. That is, Applicant is seeking to avoid a refusal to register the marks until such time as CBD products are no longer regulated by the FDCA. Applicant admits as much when it states that the wording “legally produced industrial hemp extract” “was deliberately fashioned to account for the fact that, whatever the appellant includes in its product, it will be done ‘legally,’ and pursuant to the rules and regulations of the FDCA at the time use is initiated.”

Applicant did not submit evidence of FDCA approval, and so it was unlawful for applicant to introduce its goods into the marketplace at the time of its application filing date. [I believe that the drug Epidiolex is the only drug derived from marijuana that has been approved by the FDCA – ed. (FDA announcement here)].

Nevertheless, applicant argued that, at least for intent-to-use applications, registration should be allowed where use in any one state is illegal, since the trademark owner can avoid selling in states where it is illegal. The Board disagreed.

Because Applicant’s identified goods could not be lawfully introduced into commerce as of the filing date of the applications, Applicant did not have the requisite bona fide intent to use the marks in lawful commerce in connection with such goods. See JJ206, 120 USPQ2d at 1569; In re Stanley Bros. Social Enters., LLC, 2020 USPQ2d 10658, *9 (TTAB 2020).

And so, the Board affirmed the refusal under Sections 1 and 45 of the Trademark Act.

TTABlogger comment: See Examination Guide 1-19: Examination of Marks for Cannabis and Cannabis-Related Goods and Services after Enactment of the 2018 Farm Bill. (pdf here).