What’s Going on with the FDA’s Stance on CBD? 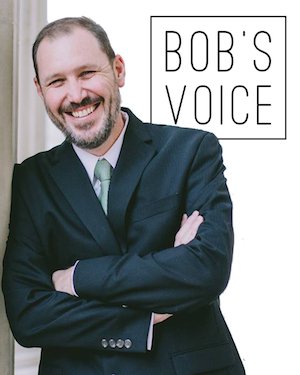 Late last month, the FDA released a consumer update on products containing cannabis or cannabis derivatives. It’s unclear to me what the FDA is saying. Do they have studies to indicate that CBD is toxic? Are they using the same argument they used back in 2014, that hemp derivatives are adulterants? Or is it simply a language issue – that because CBD is not on an approved ingredient list, it’s considered an adulterant by default. We need clarity.

Presently, unless the FDA can show otherwise, there are no studies indicating a degree of toxicity to hemp derivatives. In fact, last year, the World Health Organization released a report finding no public health risks for CBD, effectively putting the issue of toxicity to rest.

Three years ago, Colorado first passed the Hemp Foods Policy, which was later adopted as statute. At that time, Hoban Law Group and myself went to the Colorado Department of Public Health and Environment (CDPHE), the state FDA equivalent, and said you can’t determine that hemp derivatives are an adulterant on the basis of hemp being a controlled substance. Why? Because it was legal in Colorado. After a lot of head scratching, the CDPHE decided to treat hemp derivatives as a food or a supplement ingredient. Today, the Hemp Food Policy and hemp foods legislation has allowed Colorado to be a clear leader in hemp derivative production and serves as a model for the FDA.

The other argument the FDA may be using to designate hemp derivatives as adulterants, is that they have not been an approved ingredient, a recognized dietary ingredient or an approved nutritional ingredient. If they’re not on the list, then by default they are adulterants. But that doesn’t mean they’re poisonous or truly toxic.

In addition to the update they also sent out 15 warning letters to CBD companies. Which shouldn’t ring any new alarms, it’s the same old message. Stop making claims. Is the sky really falling? Is the FDA really taking back CBD or is the industry reading too much into what the agency is saying?

You can’t go from zero to one hundred without the government needing to feel like it’s doing its job. There are checkboxes that bureaucrats and agencies need to see, and by statutory mandate, it’s the FDA’s core job to protect consumers. So more than likely, the basis for the FDA’s stance is tri-fold: they don’t have any studies to show that hemp- derivatives are not, not toxic, they are not on the approved list of ingredients, and there may still be a legal question that while the hemp plant itself was removed from the Controlled Substances Act, hemp derivatives were not.

But where I take issue is when you pair that perspective with the World Health Organization’s definitive study that showed that non-psychoactive cannabinoids are not toxic, that they present no danger, that there are no addictive qualities nor potential for abuse, and that they do indeed have benefits to human beings.

The FDA’s perspective in this consumer update assumes there are no studies. This is inaccurate. And the legality of hemp derivatives is clear. If the FDA has studies that challenge the World Health Organization’s, and indicate toxicity, those should be released immediately. But every time the FDA says the words hemp or CBD the industry shakes and the media runs wild. Unless the FDA has some steak, all this sizzle is just adding to the noise. Do we really need more of that?