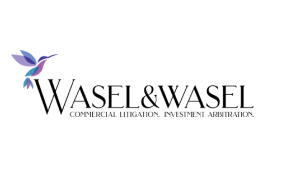 On 20 April 2020, the Lebanese Parliament passed a law permitting the cultivation, trade, research, and use of medical cannabis. The passing of the law by Lebanon creates an opportunity for leading medical cannabis companies globally to enter the Lebanese market. There are six classes of license applicants including foreign companies licensed in their home jurisdiction. Other opportunities that foreign investors are surveying are partnerships and associations with farmers and enterprises in Lebanon. In this article, we detail information regarding foreign investment in Lebanon that is a consideration for foreign investors interested in the medical cannabis industry in Lebanon.

Lebanon is renowned for its liberal economy and strategic location and has consistently attracted significant foreign direct investment (“FDI”) inflows. In recent years, FDI flows into the country have shown resilience, despite several challenges to investments globally and regionally. FDI performance has remained above that of similar countries, including the Middle East and North Africa (“MENA”) region as a whole. In fact, Lebanon’s FDI stock reached USD 68 billion in 2019, an increase of more than USD 20 billion in more than ten years.

The majority of investors come from France, the United Arab Emirates, the United States, Germany, the United Kingdom, the Netherlands, Jordan, and Egypt. FDI in Lebanon is mainly oriented towards trade, real estate, services, tourism, and agriculture. Many other opportunities exist in the healthcare, energy, oil and gas exploration, information and communication technology, and franchising sectors, to name a few.

In order to facilitate investor establishment and administrative formalities, Law No. 360 of 2001 introduced tailored incentives through package deals for large investment projects, including tax exemptions for up to ten years, reductions on construction and work permit fees, and a total exemption on land registration fees. The Law also created a government agency called the Investment Development Authority of Lebanon (commonly known as “IDAL”) with the aim of providing national and foreign investors alike with comprehensive sets of services across their various stages of operations in Lebanon in the following sectors: Agriculture, Agro-Industry, Industry, Tourism, Information Technology, Telecommunications, and Media.

The Development of a Strong Legal and Institutional Framework

Moreover, the government of Lebanon, generally maintaining a non-interventionist position, has recently embarked on a reform drive to improve the legal and institutional framework for investments. A series of new laws have been adopted and almost 70 bills are currently being considered. In several regulatory areas, such as commercial arbitration or environmental assessment, Lebanon is considered a model for other countries to follow.

Specifically, Law 81 of 2018 on Electronic Transactions and Personal Data; Law 85 of 2019 on Offshore Companies and Single Member Offshore Companies; and Law 126 of 2019, which amended the Code of Commerce law from 1946, were adopted to create a new ecosystem where companies and startups can prosper and develop. Their main goal is to make the country more attractive to foreign investments and expose the Lebanese markets to international standards and scale.

Lebanese business law is, in principle, very open to all traditional forms of investment. Foreign private entities may establish, acquire, and dispose of interests in business enterprises and may engage in all types of activities. Lebanese law does not differentiate between local and foreign investors, neither does it dictate who can establish a Lebanese company, participate in a joint venture, and allows for the establishment of a local branch or subsidiary of a company without difficulty. Foreigners doing business in Lebanon through a company, factory, or office must hold work and residency permits. Yet, there are no discriminatory or excessively onerous visas, residence, or work permit requirements.

Additional guarantees for foreign investors are contained in bilateral investment treaties (“BIT”). Lebanon has concluded 50 BITs with traditional investment protection provisions and is a party to seven treaties with investment provisions (“TIPs”). Once established, investors are offered high standards of treatment and protection even though these are not inscribed in the law. Furthermore, expropriation is strictly regulated and a rare occurrence in the nation.

In the event of a commercial dispute, domestic and foreign investors have access to local courts and to commercial arbitration. The BITs signed by Lebanon all grant access to investor-State arbitration. The country has ratified the 1965 Convention on the Settlement of Investment Disputes between States and Investors (“ICSID Convention”) and the 1958 Convention on the Recognition of Foreign Arbitral Awards (“New York Convention”). A comprehensive arbitration framework is in place, and although arbitral awards need to be given enforceability through a court exequatur, overall, Lebanese courts are favorable to arbitration.

The country has adopted a corporate tax regime based on a low corporate income tax and a multiplicity of exemptions and exceptions and is constantly working towards increasing transparency. Law 43 of 2015, allows for the exchange of information for tax purposes with the countries which have concluded a double taxation avoidance agreement (“DTAA”), and which contain related provisions, with Lebanon. Industrial investments in rural areas benefit from tax exemptions of six or ten years, depending on the specific criteria. The Lebanese Parliament enacted a law in April 2014 to reduce income tax on industrial exports by 50%. The government grants customs exemptions to industrial warehouses for export purposes.

Law No. 296 of 2001 deals with foreign property acquisition matters. The law relaxed some legal constraints on foreign ownership of property, ended discrimination between Arab and foreign nationals, and decreased the fees of real estate registration to the same amount for both. A foreigner may also obtain up to 3,000 square meters of real estate without an authorized permit; a special Cabinet issued Decree, however, must back any exceeding amount. The law also allows foreigners to acquire an area no more than 3% of the area of Lebanon, whatever the geographic site, provided that the total property does not surpass 10% of the region of Beirut.

Lebanon’s intellectual property rights (“IPR”) legislation is compliant with Trade-Related Intellectual Property Rights (“TRIPs”) and World Trade Organization (“WTO”) regulations. IPR laws govern copyright, patent, trademarks, and geographical elements. Lebanese law provides patent protection for inventions and plant varieties and unique protection for layout designs of integrated circuits. Furthermore, the law provides protection for undisclosed information. When it comes to trademarks, those are provided protection via Lebanon’s membership to the Paris Convention for the Protection of Industrial Property (“Paris Convention”). Moreover, geographical indications are provided protection under the provisions of the new Law on Customs, the Law on Fraud Control, and the Criminal Law. Additionally, the law provides strict penalties for copyright breaches and adequate compensation to the persons whose rights have been infringed. New draft laws and amendments to existing laws aimed at improving the IPR environment, notably for industrial design, trademark, geographical indications, as well as amendments to the copyright law, are in the pipeline.

Corruption is perceived as a deterrent for business in Lebanon. However, in April 2018, the government launched a National Anti-Corruption Strategy, and a robust movement is underway to deal with corruption practices. In fact, many laws were adopted in this process: the Access to Information Law, the Anti- Corruption Law, the Whistleblower Protection Law, the Anti-Money Laundering Law, and the Illegitimate Enrichment Law. Also, a modern law on the independence of the judiciary is underway. Public and civil society stakeholders are more than ever actively engaged in new tools and initiatives to address corruption.

Lebanon has strong potential to become a regional leader in pharmaceutical production and sales. Through its developed STEM educational curriculum, the country is able to supply a highly specialized labor pool for the pharmaceutical industries. Additionally, it has direct access to the MENA pharmaceutical market, which has one of the highest growth rates – surpassing that of the U.S. Pharmaceutical manufacturing companies – whilst other industries are eligible for a 50% exemption on tariff duties at export. Machinery, equipment, spare parts, and building material imported for the setting up of new industrial firms, are subject to a mere 2% customs duties. Custom duties exemptions are applied to raw materials and semi-manufactured goods. Lebanon’s cosmetics industry ranks amongst the top 5 Lebanese exports indicating its strong position and its potential to grow to address regional and global demand.

Finally, Lebanese labor is inexpensive, maintains a highly entrepreneurial culture and background, and is known to have an elevated educational level and strong linguistic capabilities.

Considering all the above, Lebanon will undoubtedly, and always, be a promising destination for investment opportunities, despite everything.

What Are the Issues Surrounding the Legalization of Recreational Cannabis for the Damage Insurance Industry?