UK: Medicinal Cannabis – How far have we really come? 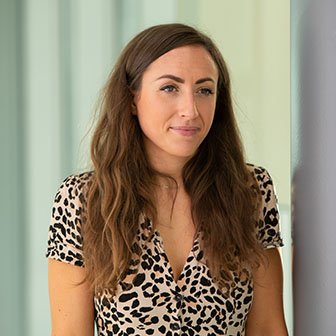 Natalie Drew is a Senior Associate in the Medical Malpractice and Life Sciences team.

Acting on a broad range of cases, all with a medical or injury element, usually on the instructions of insurers. Natalie has worked with private hospitals and clinics in relation to medical malpractice claims, and assisted on cases involving medical devices product liability and clinical trials. She has gained experience in dealing with large scale litigation, including claims subject to group litigation orders.

Alongside litigation, Natalie advises on a range of medico-legal issues. Regulatory matters that she has handled include defending a practitioner under investigation by the Health and Care Professions Council, and representing a Nurse before the Nursing and Midwifery Council. Natalie also provides advice for inquests, including responses to Regulation 28 Reports.

Natalie’s secondment experience in the claims team of an insurance client proved invaluable in her understanding of the insurance market and the requirements of insurers. She also advises on coverage.

Cannabis, for medicinal purposes, was legalised nearly four months ago in the UK, but how many patients are actually reaping the benefits, and how far have we really come?

When medicinal cannabis was legalised in the UK in November 2018, many people, especially medical professionals and patients, welcomed the decision with open arms. However, others had concerns about how progressive the new legislation really was, and how much access to cannabis based medicine it was really going to provide. The MS Society, for example, commented that the guidance on prescribing made access to treatments “much more limited than we were led to believe” and they called on NHS England to “revisit [the] guidance urgently, and engage with neurological experts to ensure people with MS are not left disappointed and unable to access the right treatment for them”.

Whilst it was hoped that the legalisation of cannabis would mean that more patients could benefit, quickly and openly, from its therapeutic properties, it seems that the reality is an entirely different story.

Prior to legalisation, almost all cannabis based medicinal products were classed as Schedule 1 drugs under the Misuse of Drugs Regulations 2001, meaning they were considered to have no therapeutic value, and could not (legally) be prescribed. Since 1 November 2018, however, cannabis has moved to Schedule 2 – falling into the category of drugs which are controlled, have a recognised medical use, but can be prescribed only in certain circumstances (and only by specialist hospital doctors).

NHS Guidance for Doctors in England, released in late 2018, suggested that prescription of cannabis required clear published evidence of its benefit, and that other treatment options had been exhausted.

Whilst legalised nearly four months ago, so far virtually no-one in the UK has actually been able to obtain a prescription for medicinal cannabis. But why?

As feared by many, the new Regulations have proved extremely difficult to navigate and somewhat prohibitive. The Schedule 2 requirements and the preconditions in the NHS Guidance have set the bar too high.

It seems the actual ‘prescribing’ of the drug has also caused a lot of concern, with one doctor reporting on the ‘challenge’ of just getting hold of the right prescription pad. Another, Dr David McDowell (a pain specialist) described the current prescribing process as “torturous” – with doctors having to get prescriptions approved by the Medicines and Healthcare products Regulatory Agency (MHRA). The prescription is then valid for 28 days, and, at present, doctors cannot prescribe more than one month’s worth of medication at any time.

But doctors and patients are not only facing administrative or prescribing hurdles – there’s also the cost. All of the four patients who are set to receive medicinal cannabis this month are doing so privately. One patient has confirmed that he is paying £695 for one month’s supply, adding that he did not think that it would be a sustainable option for him.

It has been reported that, where necessary, the patient’s NHS Trust could meet the costs, but the current position is that “no cannabis-based products for medicinal use are routinely commissioned“.

And what about the availability of the drug?

Well, just after a month after its reclassification, in December 2018, Carly Barton was given a prescription for cannabis – however, she was unable to receive the medication as none had been imported. She told the BBC last year that she had been buying cannabis on the “black market” instead of taking very strong opiates, including fentanyl, which she had been prescribed for pain.

It is hoped that as cannabis based drugs become more accepted, processes become more familiar, and availability improves, these difficulties will diminish. As things stand, it appears that the one step forward has been followed by several steps back – and the fears of the MS Society are being realised.

There is an awfully long way to go before patients will really benefit from the therapeutic values that the Government deemed cannabis to have.

Our seminar on Wednesday 6 March will look at the use of medicinal cannabis in more detail. Please do get in touch with the author if you would like to attend.