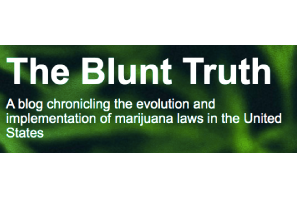 Recently, when dismissing a job-applicant’s disability discrimination claims brought under California state law, the U.S. District Court for the Central District of California issued two welcome reminders to employers.  First, an employer can condition an offer of employment on the completion of a preemployment drug screen, including a test for marijuana. This is true even though California has legalized marijuana for both recreational and medical purposes.  Second, an employer is not under any obligation to engage in the interactive process before an applicant passes a pre-employment drug screen.

In Espindola v. Wismettac Asian Foods, Inc., Case 2:20-cv-03702 (C.D. Cal. Apr. 28, 2021), Plaintiff applied for and was offered a position with the Company. Before Plaintiff started work, the Company contacted him to schedule a preemployment drug screen, which was required of all new-hires.  In response, Plaintiff stated that he needed to take care of some personal issues, and could not take the preemployment drug screen before his first scheduled work day.  Thereafter, and before starting work, Plaintiff applied for a medical marijuana card in the state of Florida.

The day before Plaintiff was scheduled to start working, he completed a “personnel information sheet,” on which he indicated he was not “disabled.”  The next day, he met with Human Resources.  During the meeting, Plaintiff signed a drug testing consent form, and disclosed for the first time that he had “chronic back pain” and had been “prescribed” marijuana to treat his condition.  Critically, Plaintiff did not provide any other details or documents — such as a doctor’s note or medical records — to substantiate the nature of his condition or explain any limitations on his ability to perform his job.

The next day, Plaintiff’s request for a medical marijuana card was granted, and he forwarded the approval to Human Resources.  The HR team met with senior management, and all agreed that it was Company policy for everyone to submit to a preemployment drug screen.  Plaintiff subsequently took the required drug screen and tested positive for marijuana metabolites.  As a result, his employment was terminated for failure to pass the preemployment drug screen.

In response, Plaintiff filed suit, alleging, among other things, 1) wrongful termination based on a disability; 2) failure to accommodate a disabling condition; and 3) failure to engage in the interactive process, all in violation of the California Fair Employment and Housing Act (“FEHA”).  The Company moved for summary judgment on all of Plaintiff’s claims, which the Court granted in its entirety.

Regarding Plaintiff’s discriminatory discharge claim, the Court held that it failed for several fundamental reasons.  For starters, Plaintiff only disclosed that he purportedly suffered from “chronic back pain,” which was not sufficient to establish that he suffered from a disability as a matter of law.  Rather, to make such a showing, Plaintiff was required to submit details regarding his specific condition or, more significantly, how his chronic back pain “limited a major life activity.”  Plaintiff’s failure to provide these necessary details — along with his failure to submit any documentation to substantiate his purported condition — was fatal to his claim.

Moreover, the Court further explained that Plaintiff’s argument that the drug screen was “illegal” because it was administered after Plaintiff started working was simply wrong.  Crucially, Plaintiff received notice of the drug screen before starting work, and the only reason he took the drug screen after starting work was because he requested that the test be delayed so he could take care of some personal issues. He was not immune from the results of the preemployment drug screen based on the fact that he asked for and was allowed to take it after his employment began.

Finally, Plaintiff’s claims for failure to accommodate and failure to engage in the interactive process also failed for similar fundamental reasons.  Foremost, Plaintiff failed to establish that he was disabled.  Setting this fatal issue aside, these claims also failed because the Company was not under any obligation to engage in the interactive process before Plaintiff passed the drug screen, which was an express condition of employment.

This decision comes as welcome news to California employers, and reaffirms that an employer may lawfully condition employment on the passage of a preemployment drug screen.  When making an offer of employment, employers would do well to provide written notice to the offeree that their employment is conditioned on taking and passing a drug screen, and should get the offeree’s agreement in writing.

For more information on this or any related topic, please contact the authors or your Seyfarth attorneys.