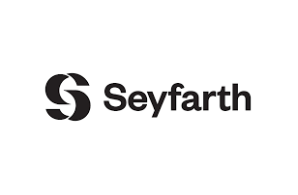 Seyfarth Synopsis: New Jersey recently enacted a law permitting personal, nonmedical use of marijuana for individuals age 21 and over. Separate laws decriminalize marijuana and hashish possession and set out the penalties when individuals under age 21 use or possess marijuana or hashish. Although not immediately enforceable, New Jersey employers should immediately assess the implications of the laws on their current policies and drug testing practices.

On February 22, 2021, New Jersey Governor Phil Murphy signed A21, the “New Jersey Cannabis Regulatory, Enforcement Assistance, and Marketplace Modernization Act” (NJCREAMMA), which is enabling legislation for the amendment to the New Jersey Constitution making lawful the recreational use of marijuana in the state.  The law directly impacts employers in many ways.

The law explains that employers can still maintain drug- and alcohol-free workplaces. Employers are not required to accommodate the use, possession, sale, or transfer of marijuana in the workplace and may prohibit employees from being impaired during work hours.

The law prohibits employers from:

Under the new law, employers may still conduct numerous forms of drug testing for marijuana, including:

However, the law limits employers’ ability to rely on these tests in making employment decisions.  The law requires that a drug test include both a “physical evaluation” and “scientifically reliable objective testing methods and procedures, such as testing of blood, urine, or saliva.”  The “physical evaluation” must be conducted by an individual certified to provide an opinion about an employee’s state of impairment, or lack of impairment, related to the use of marijuana. The Cannabis Regulatory Commission is tasked with adopting standards for a “Workplace Impairment Recognition Expert” (WIRE), who must be trained to detect and identify an employee’s use or impairment from marijuana or other intoxicating substances and to assist in the investigation of workplace accidents.

Consequently, the new law creates a requirement similar to reasonable suspicion of impairment to support a positive drug test result for that test to be used in making employment decisions. It is unclear whether this physical evaluation requirement can be accomplished through drug testing services.  Post-accident tests often are performed on employees receiving emergency medical care or treatment, when such an evaluation may be inappropriate.

Further, unless an employer is subject to a federal drug testing requirement, such as DOT-regulated employers, pre-employment marijuana tests in New Jersey are essentially disallowed from serving as the sole basis for revocation of a job offer.  Employers arguably could continue doing the tests, but probably can revoke offer if an employee admits that they will continue using marijuana such that they are impaired at work.

Employers who continue to drug test should also consider that if an employee or applicant tests positive, the Jake Honig Compassionate Use Medical Cannabis Act (discussed here) imposes additional requirements.  For example, the employer must provide applicants or employees who test positive for marijuana written notice of the individual’s right to explain and their right to provide a “legitimate medical explanation” for the positive test result. The employee has three working days to provide such information, which can include evidence that a health care practitioner has authorized the use of medical marijuana, proof that the applicant or employee is a registered patient, or both. Or, within that same three-day timeframe, the applicant or employee can request a confirmatory retest of the original sample at their own expense.

Although these requirements are effective immediately, they do not become operative and, thus, enforceable, until the Cannabis Regulatory Commission adopts rules and regulations relating to the new law. The Cannabis Regulatory Commission must issue the new rules and regulations within 180 days of enactment of the NJCREAMMA or 45 days after appointment of five members to the Commission, whichever is later.

Employers are prohibited from inquiring about or basing any employment decision on the fact that an applicant or employee has been arrested for, charged with, or convicted of certain offenses involving marijuana or hashish. Employers that violate this particular law face civil penalties imposed by the Commissioner of the New Jersey Division of Labor and Workforce Development consisting of $1,000 for the first violation, $5,000 for the second violation, and $10,000 for each violation after that. The law is clear that it does not provide an aggrieved individual with a private right of action in the employment context.

The New Jersey recreational marijuana law presents hurdles for employers and their efforts to maintain a drug-free workplace.  It appears to undermine employers’ ability to discipline and discharge employees impaired by high levels marijuana, so long as that impairment is not outwardly detectable.  For individuals in safety-sensitive positions, the National Safety Council recommends a zero-tolerance policy for marijuana.  This recommendation is based on the decline in judgment and motor skills, and increase in accidents, incidents, employee injuries, and employee fatalities.  Following workplace fatalities, a large percentage of post-mortem toxicology shows evidence of marijuana impairment.  New Jersey’s new law risks undermining good faith drug and alcohol programs and employers’ abilities to protect the health and safety of employees.

It remains to be seen whether the Cannabis Regulatory Commission will issue regulations that clarify some of the law’s unanswered questions, most importantly how the law impacts employers with employees in safety-sensitive positions. Until those regulations are adopted, New Jersey employers should consider working with relevant stakeholders and experienced employment counsel to determine whether to modify their drug testing practices, including the possibility of eliminating marijuana testing either pre-employment or for certain types of positions, provide training to managers tasked with making reasonable suspicion determinations, and determine the best person to serve as the employer’s WIRE. We will provide an update as soon as the new regulations are adopted.