Righting the Wrongs? Ganja Decriminalization and ‘Automatic’ Expungement of Criminal Records in Jamaica

Jevon Henry is a lecturer in the Department of Economics at The University of the West Indies, Mona – Western Jamaica Campus. His principal areas of teaching are macroeconomics and development economics and he has an interest in exploring models of regulating various informal economic activities. He also does work with educational non-profits. 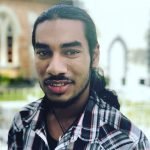 Prior to the amendments made to the Dangerous Drugs Act of Jamaica in 2015, which decriminalized marijuana possession for quantities of up to two ounces, the treatment for individuals found with small quantities of marijuana in Jamaica usually involved small fines without incarceration. The new system removes the need for going through the courts, as the offence is now one that is to be dealt with by issuing tickets to the offender. With decriminalization and removing the need for going to court, no conviction is recorded.

In the system prior to the amendments, a guilty plea would normally lead to entering a conviction. However, some magistrates would tend to opt to not having this entered. This was at the complete discretion of the magistrate (Haisley 2015).

This paper explores the level of inequality and arbitrariness that persons in contravention of the Dangerous Drugs Act have had to deal with in Jamaica in the context of a struggle between socio-economic groups and makes a case for making the retroactive removal of convictions relating to small quantities of marijuana truly automatic.

Marijuana in Jamaica can be traced back to the mid-19th century after the abolition of slavery where Indian and Chinese labourers were sought to work under a system of indentureship. The Indians are credited for brining marijuana to the island and for the Hindi derived name “ganja” which is popularly used to describe the herb in Jamaica (Cadet 2011).

Subsequent to the introduction of marijuana into the Jamaica space, Marcus Garvey’s teachings about a “holy herb” appealed to the emerging Rastafari community in the early 1930s. The community adopted marijuana as this herb and it became sacramental in their practices (Cadet 2011). Despite criminalization under the Dangerous Drugs Act of 1948, Jamaica became well known for marijuana.

Under Prime Minister Alexander Bustamante in the 1950s, the Rastafari community was constantly targeted by law enforcers and stereotyped for disorderliness, including the use of marijuana. The oppression of this community continued for decades after and arguably still persists in some forms today. At the very same time, Jamaica’s bauxite industry started to emerge. Multinationals acquired land and forced many small farmers away from their livelihood (Borelli 2002). Marijuana, as a lucrative cash crop, became a way to supplement their income as a result of the disruption caused by the neo-colonial exploits. These farmers also faced the wrath of law enforcers.

By the 1970s, an emerging upper class in Jamaican society became associated with the export of marijuana to the United States of America using small aircrafts (Cadet 2011). Even amidst pressure from Washington, not much was done in terms of law enforcement to deal with this elite group of families who were earning significantly from the export of Marijuana. In fact, action was not taken against these groups by the Michael Manley led government until it was apparent that hard drugs, such as cocaine, and gun trafficking were also involved (New York Times 1974).

The difference between how systems of governance has approached with offenders from the lower socio-economic classes in the society as opposed to the elite minority in this regard was quite blatant.

It is evident that law enforcement as it relates to marijuana has historically not been applied equally to all Jamaicans. Jamaicans belonging to elite families involved in exporting marijuana and who benefited from the proceeds of this export were for a long period insulated from the law despite being involved in organized transnational illicit trading. On the other hand, small farmers and the Rastafari community involved in marijuana usage and cultivation were dealt with harshly under the law. Moreover, individuals who were found in violation of the Dangerous Drugs Act with possession of small amounts of marijuana before the 2015 amendments were given a recorded conviction or not, based solely on the discretion of the magistrate.

From a social perspective, the circumstances surrounding many convictions for marijuana usage in Jamaica are concerning. Some cases involved small farmers trying to find an alternative crop to provide adequately for their families after bauxite multinationals invaded the lands they farmed. These multinationals entered Jamaica with government approval without plans to address the displacement of farmers. Some of the small farmers were growing ganja to supply the elite families involved in illicit trading overseas. The farmers would often face the harsher side of the law while the latter would be the major economic beneficiary. Other persons were users of ganja for religious purposes who believed that they have a right to use the herb they considered sacramental. Marijuana became criminalized in 1948 though their religious movement started from the 1930s. In many other cases, young people with a lack of formal opportunities for social mobility were lured into selling marijuana by dons who run their own informal systems of governance in socially underserved communities where formal systems of governance failed to reach.

Over the years, it is found that marijuana offences have been many and stem from socio-economic and cultural concerns that have still not been fully addressed. In addition to not addressing these concerns, there have been many instances of inequality as well as arbitrariness before the law with regards to the matter of criminal convictions for marijuana usage. The common trend is that low income individuals and marginalized groups have been disproportionately harmed under the enforcement of laws concerning marijuana in Jamaica and many parts of the world.

Many young people and primarily young men, in Jamaica today, have a criminal record for offences involving the possession of small amounts of marijuana. Despite a recognition that such offences are to be rightly considered minor and not carry a criminal conviction, in addition to the arbitrariness with which these convictions were recorded, many of these records exist. These records ultimately affect the offenders’ ability to become gainfully employed in the formal economy or to travel overseas and therefore pushes these individuals further towards illegal activity due to a lack of other options. Essentially, this has worsened and created further social ills.

Fortunately, amendments to the Criminal Records (Rehabilitation of Offenders) Act were made in December 2014 to expunge records of those who were convicted for marijuana usage or possession and fined not more than J$1000.00. This approximates to the usual fine for two ounces of marijuana. One of the problems with this, however, is that it is often referred to as an “automatic” expungement when it is not. While a rehabilitation period is no longer required and records stemming from those offences can be expunged, the use of the term “automatic” is not very accurate. Individuals must apply to the Criminal Records Office and have their finger prints taken for which they must pay a fee of J$3000.00. While this is a small fee, it can be quite an expense to many from socio-economically deprived situations. Moreover, many individuals do not even know about these provisions as little has been done to publicize these amendments made to the Criminal Records (Rehabilitation of Offenders) Act to the wider public.

Within such a context, a more meaningful solution lies in truly making the expungement for such offences as automatic as they are purported to be. The records should be cleared without costing the individuals and qualified persons should have an expungement without needing to initiate the process. San Francisco serves as an example where provisions exist for criminal records to be retroactively removed automatically. With the passage of Proposition 64, San Francisco has gone ahead to identify the cases which are eligible for expungement and have committed to clearing the records without a request from the offender (Calmarijuanapolicy.org 2018). There is also a push for similar system to be implemented in Canada with the impending passage of the C-45 Bill or The Cannabis Act.

While Jamaica should aim to follow the San Franciso model as one way of righting wrongs of inequality in dealing with marijuana offences, many of the socio-economic and cultural concerns continue to exist and must be taken into account as the country seeks to develop a formal marijuana industry and as discourse on legalization continues. There are many wrongs yet to be made right.