If you wish to re-publish this story please do so with following accreditation
AUTHOR: Craig Small Hoban Law Group
PUBLISHER:  CANNABIS LAW REPORT 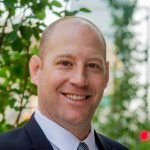 With thirty-three states and the District of Columbia legalizing marijuana in some form or another in the United States it is safe to say marijuana use is gaining social and cultural acceptance. But as public acceptance of marijuana use continues its mainstream march forward there are still bastions of resistance that maintain a dissimilar approach to marijuana and see it as a detrimental element to their organizations. These holdouts prohibit marijuana use and take punitive measures against members of their organization that engage in marijuana use. One such stronghold is professional sports.

The top four sports in the United States are American football, basketball, baseball and ice hockey. Each sport approaches marijuana policy through their respective collective bargaining agreements as negotiated between the team owners (usually the league or association) and the players (as represented by a player’s association.) These various collective bargaining agreements create contractual obligations between the league and the players regarding controlled substance abuse policies and expiration dates whereby the contract expires. As the expiration dates approach, the league and players engage in negotiations to form the next collective bargaining agreement and it is during these negotiation periods that present opportunities for the various leagues to modify their controlled substance abuse policies; specifically, marijuana use amongst the players.

To date, each major sport (with the exception of ice hockey) has taken a punitive approach towards marijuana use by players and has structured the collective bargaining agreement to impose severe sanctions, suspensions and possibly expulsion should players use marijuana. But we are now in an era where these restrictive marijuana policies in sports need to be reviewed and revised in light of the legality of the substance in a growing number of states and countries and the negative effects a ban on marijuana is having on the players themselves. By banning marijuana use, players are forced to forego marijuana as a viable and effective source of pain relief, anti-inflammatory treatments and anti-anxiety measure merely because its use will subject the player to fines, game suspensions and possibly expulsion from the league should the player test positive for marijuana. The players only options are medical treatments that don’t violate the league substance abuse provisions despite the possible harmful side effects of these treatments; thus, removing the player’s choice of medical treatment over an antiquated view of what marijuana is and what it does to the human body.

The governing organization in North American that organizes professional hockey is the National Hockey League and they have taken a very progressive approach towards marijuana policy. The NHL’s substance abuse policy, as it is applied to marijuana, has a focus on confidentiality and treatment; not punishment. Players are confidentially tested for performance enhancing drugs and the name of the player is kept confidential from the NHL, Players Association and the player’s team should that player test positive for marijuana as a byproduct of drug testing. Upon testing positive for marijuana, the anonymity of the player is only revealed to the doctors that administer the NHL drug testing program and those doctors only contact the player directly. These medical professionals take this opportunity to determine what role marijuana plays in the players career and, as a team, work with the player on any alternative treatments should the player desire alternative treatment. If the player declines to enter the treatment program there are no negative repercussions to the player’s decision and the player’s name, test results and treatment decision are kept confidential from the NHL, the Players Association and the player’s team.

The only negative repercussions to a player’s positive test result are if the medical professionals determine the levels of THC in the player’s system are “dangerously high level…such that is causes concern for the health or safety of the Player or others…”   Even under these circumstances the players name is kept confidential from the NHL, Players Association and the player’s team and the player is referred to mandatory evaluation and treatment as directed by the medical professionals. At that point, the player’s penalties are only administered to the player should the player enter into terms and conditions for treatment and then violate those terms and conditions.

The National Football League, National Basketball Association and Major League Baseball (with particular focus on Minor League Baseball) should all look to the National Hockey League when restructuring their archaic policies regarding players marijuana use. As science advances our knowledge of marijuana’s effect on the human body and cultural stigmas against marijuana users become less and less prevalent, professional sports associations continually have opportunities to conform their marijuana policies to better reflect the medical benefits of marijuana and stop punishing players for engaging in behaviour that society has deemed acceptable and legal.