Harris Beach: Municipal Guidance On Land Use and Zoning, Cannabis and the Marijuana Regulation and Taxation Act 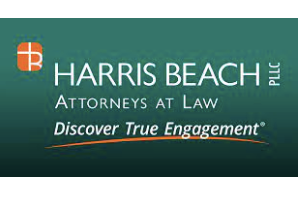 In a prior legal alert, we explained that under the Marijuana Regulation and Taxation Act (“MRTA”), the Legislature afforded towns, villages, and cities an opportunity to opt-out of allowing retail dispensaries and on-site consumption licensees to operate within the municipality’s jurisdiction. But what happens if a municipality does not opt-out and allows these licensees to operate within its boundaries?

While towns, villages, and cities cannot completely prohibit these licensees after the opt-out period, the MRTA allows these municipalities to adopt local laws and regulations governing the time, place and manner of the operation of the licensed retail dispensaries and on-site consumption sites provided such local laws and regulations do not make such operation unreasonably impracticable.[1]

Other jurisdictions have defined and guided the phrase unreasonably impracticable. For instance, one jurisdiction’s guidance suggests that a municipality first review the nature of the marijuana business, classify it accordingly, and then apply its zoning regulations in the same manner as any other similarly situated business (i.e., a marijuana retail dispensary should be classified and treated as any other retailer).[2] Further guidance suggests that the law or regulation cannot make compliance so difficult that it would subject the licensee to unreasonable risk or require a demand of resources that a reasonably prudent businessperson would not operate the establishment. Lastly, municipalities will need to carefully tailor their enacted ordinances so as to withstand claims of violating New York’s preemption doctrine.[3]

[1] However, this delegated authority is limited because the MRTA preempts municipalities from governing other issues. For instance, the MRTA states that neither a cannabis retail licensee nor an adult-use on-site consumption licensee may locate a storefront or premises within five hundred feet of school grounds or two hundred feet of a house of worship.
[2] It is a fundamental principle of zoning that a zoning board is charged with the regulation of land use and not with the person who owns or occupies it.
[3] e.g. City of Rochester “High Impact Ordinance” rescinded in 2016.