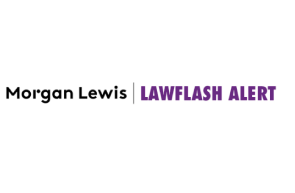 New York’s Marijuana Regulation and Taxation Act legalized recreational cannabis in New York State on March 31, 2021. While it will take some time to organize and implement many aspects of the law—such as the issuing of registrations, licenses, and permits to sell and distribute cannabis—there are immediate consequences related to employee cannabis possession and use that took effect upon Governor Andrew Cuomo’s signature.

Effective March 31, 2021, the following acts are lawful for persons 21 years of age or older:

The new law limits an employer’s ability to discipline or terminate its employees based on their use of cannabis, except in certain (vague) circumstances. Specifically, the law modifies New York Labor Law (NYLL) Section 201-d to make it unlawful for any employer to refuse to hire, refuse to employ, or to discharge from employment or otherwise discriminate against an individual where the individual engages in the legal use of cannabis: (1) outside of working hours, (2) off of the employer’s premises, and (3) without the use of the employer’s equipment or other property.

As a practical matter, for most employers (i.e., those not subject to a specific federal/state contract or regulatory requirement) this means they may only take an adverse action under circumstances historically considered to be reasonable suspicion. The entire thrust of the exemption—like those in neighboring New Jersey—is to protect off-duty use of marijuana that may cause a positive drug test result by limiting any such action to those situations where the employer can demonstrate objective, observable indicia of impairment (or actual use on the job or with company equipment). This also calls into question preemployment testing for marijuana, which has already been banned for many New York City employers.

Despite these narrow exceptions, the legislative intent of the law states: “Nothing in this act is intended to limit the authority of any . . . employers to enact and enforce policies pertaining to cannabis in the workplace; to allow driving under the influence of cannabis; to allow individuals to engage in conduct that endangers others; to allow smoking cannabis in any location where smoking tobacco is prohibited; or to require any individual to engage in any conduct that violates federal law or to exempt anyone from any requirement of federal law or pose any obstacle to the federal enforcement of federal law.” While not delineated as an exception, the bolded language may give way to a “safety sensitive” exception for employers.

Penalties for the employment provisions of the recreational marijuana law are governed by NYLL Section 201-d. Under that section, the attorney general can apply for an order to enjoin or restrain an employer from committing further violations of the law, and a court may impose a civil penalty on the employer in the amount of $300 for the first violation, and $500 for each subsequent violation. NYLL Section 201-d also permits an aggrieved individual to bring a claim against an employer and to seek equitable relief and damages.

Under the New York City marijuana law and its regulations, certain classes of employers and positions are allowed to require an applicant to submit to testing for the presence of any marijuana or THC in the applicant’s system as a condition of employment. Specifically, the New York City law exempts from its requirements

Regarding subparagraph (e), according to applicable New York City regulations, employers may conduct pre-employment testing of marijuana as a condition of employment if

In July 2014, New York enacted the Compassionate Care Act (CCA), which legalized medical marijuana in the state. The CCA established a comprehensive program for eligible patients with a relatively small number of enumerated medical conditions to receive cannabis as a form of care and treatment. New York’s new recreational marijuana law greatly expands the CCA’s medical marijuana program. Specifically, medical practitioners now have the discretion to recommend or certify medical marijuana for any medical condition. In addition, patients are now able to smoke cannabis as a form of treatment, instead of only being allowed to consume cannabis under the CCA.

The law also provides that employees who use medical cannabis are afforded the same rights, procedures, and protections that are available and applicable to injured workers under the workers’ compensation law, or any rules or regulations promulgated thereunder, when the injured workers are prescribed medications that may prohibit, restrict, or require the modification of the performance of their duties.

Given the broad scope of New York’s new marijuana law, private employers in New York will be required to reassess their policies and procedures concerning drug testing job applicants and current employees as well as employee cannabis use, generally. Employers also may continue to maintain and enforce policies prohibiting marijuana in the workplace and require employees who appear to be “impaired by the use of cannabis” at work to submit to a drug test. Processes, including those to create and maintain supporting documentation, should be created. Employers should also train their supervisors or other select personnel on the “specific articulable symptoms” of on-the-job impairment that would justify testing and bolster any adverse employment action.