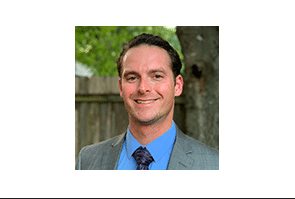 At the moment smokable hemp is not banned as far as available information supports. Movement began last year when the DSHS moved to enforce a ban on smokable hemp that was in prior legislation. Crown Distributing, Wild Hempettes, and 2 other hemp companies joined together and hired a few of my legal colleagues to sue the DSHS. They achieved a temporary injunction/restraining order that prevented the government from enforcing the ban, keeping smokable hemp around until the trial court decided.

The trial happened on March 22 this year, I observed it and have an article up on the “Cannabis News Blog” on my website and in the Cannabis Law Journal, here. In that case the government will decide whether to enforce the ban and make smokable hemp illegal, or refuse to enforce the ban, keeping it around. The decision from Judge Livingston has not come in yet.

Between the pending decision and now, on June 4th the government moved to eliminate the temporary injunction/restraining order, pending the outcome of the trial, which would make smokable hemp banned until the trial court decides. The decision there is also pending.

On Delta 8, attempts were made to ban it during this last legislative session that ended a few weeks ago, but Hometown Hero CBD hired lobbyists at the last minute to hustle, and they got that part removed from a proposed bill, so Delta 8 is here to stay, unless the government makes other moves. The same company also believes Delta 10 is technically allowed, and products are being developed there also.

That’s about the current state of affairs, but given the two pending decisions, the future of smokable hemp is an unknown. Delta 8 is technically a synthetic THC the way most places extract it via an acid wash. Synthetic THC is illegal according to the DEA, so the status of D8 could change anytime as well in TX. Well-informed legal counsel is particularly important in this sphere given the ever-changing landscape of hemp/cannabis in the Lone Star State.

NOTE: this is meant for informational purposes only and does not constitute legal advice.