Mintz: New York Amends its Off-Duty Conduct Law to Account for Marijuana Use 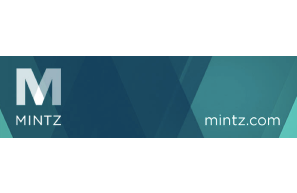 New York’s off duty conduct law will now explicitly apply to an employee’s off-duty use of cannabis. The change in law came as a result of the recent passage of “The Marijuana Regulation and Taxation Act,” which generally legalized the sale and use of cannabis for individuals 21 and over, and presents real compliance challenges for employers, which we discuss further below.

As background, New York’s off duty conduct law (NY Labor Law §201-D) prohibits employers from discriminating against employees for engaging in certain lawful off-duty activities – including political activities, recreational activities and the legal use of consumable products – where those activities occur outside of working hours, off the employer’s premises, and without the use of the employer’s equipment or property. During the last election cycle, employers were mostly fixated on the “political activities” portion of the law, but with the legalization of cannabis, employers should also fix their sights on the recreational activities and legal consumable use provisions.

The off duty conduct law provides some notable exceptions to its protections, including among others:

Where one of these exceptions applies, the employer can still refuse to hire or could terminate the individual on account of these otherwise lawful activities.

The law is generally enforced by the state attorney general, but an individual is permitted to commence an action “for equitable relief and damages.”

But the new law also adds a new provision (§4-a) to the “exceptions” provision, which states that employers do not violate the law where the they take an “action related to the use of cannabis” based on the following:

These amendments are effective immediately.

Additional Thoughts and Next Steps for Employers

To be clear: the update to the law does nothing to prevent employers from implementing and administering drug-free workplace policies, which are still strongly recommended. But the administration of these policies just became more complicated given the wording of the amendments. An employer cannot discipline (e.g. terminate) an employee because they used cannabis before they started the workday, but can do so if they are “impaired” by its use during working hours. Here, though, the law attempts to define “impairment” such that:

That’s a mouthful! And it begs for further clarification from the Department of Labor via regulations or other guidance (and, of course, will be subject to interpretation from the courts).

One can easily see the challenges it presents employers trying to assess impairment in real time and to ensure safety at their worksites at all times. And this becomes even more challenging as employers continue remote work arrangements and enter the world of the hybrid working environment – employers will have less visibility into their employee’s at-home performance, even though employers are still responsible for ensuring the safety conditions of remote work sites (such as homes).

Other clarifications are also needed:

Although some uncertainty remains around legal interpretations and application, we recommend that employers still take the following steps to come into compliance: