On June 10, 2020 a bill was introduced in the Mexican Congress with the intention to sanction and ban sale of illegal drugs paraphernalia (equipment, products and material to produce, consume, conceal or prepare illegal drugs). Such bill is not yet being reviewed nor scheduled to voted by the corresponding comittees but it is widely seen as a negative signal that contradicts those indicating the country’s movement towards the regulation of cannabis and other drugs. 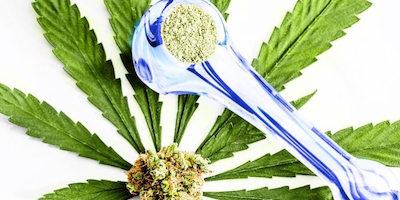 The Wait Continues for COFEPRIS Guidelines

Since Mexico’s General Health Law was amended in 2017 to authorize medical and scientific cannabis use, cannabis patients and industry participants have been waiting for the secondary rules that the Federal Commission for the Protection against Sanitary Risks (COFEPRIS) should have issued within the following 180 days. Disregarding the terms set forth in such amendment, no rules have been issued except for the guidelines issued and then revoked by COFEPRIS a few months later. In August of 2019, Mexico’s Supreme Court ordered the health authorities to regulate medical cannabis market pursuant to said amendments but no new guidelines have been issued yet so the wait continues.

The disappointment has grown with hints such as public statements by the COFEPRIS Director expressing his skepticism with respect to the plant legalization. However, refreshing news arose when the in-house counsel for the Secretary of Health, Maricela Lecuona, stated that it was their intention to reactivate the regulatory process and comply with the mandate by the nation’s highest court. A note by El Economista mentioned that the draft of the rules could likely be submitted for internal legal approval before publication as soon as June 30th.

In the meantime, reports have also circulated about COFEPRIS allegedly carrying out inspection visits at establishments that manufacture, sell or merchandise CBD products, seeking to seize such products. It is indeed necessary to address the problems caused by an illicit CBD market, but it is also true that such a problem could be mitigated if proper rules were in place. This has brought criticism on the decision by COFEPRIS to allocate its limited resources during critical days of the COVID-19 pandemic to actions that actually limit patients’ or users’ access to products.

On June 8, 2020 Congresswoman Ana L. Bernal submitted to the Senate’s permanent committee a proposal to approve a resolution urging the Secretary of Health and COFEPRIS to analyze and issue medical cannabis guidelines referred above. The draft resolution is based on the urgent need for cannabis-based medical products as well as the importance of complying with the Supreme Court’s deadline.

On June 12, 2020, the Mayor of Acapotzalco (an area within Mexico City), Vidal Llerenas, formally introduced a bill before Mexico City local Congress proposing: (i) early release of inmates incarcerated due to minor cannabis-related felonies further considering the COVID-19 pandemic in order to reduce transmission risks, and (ii) to reduce prosecution of minor cannabis-related felonies and redirect efforts to inform society about cannabis non-problematic use. This bill is intended to have jurisdiction only in Mexico City.