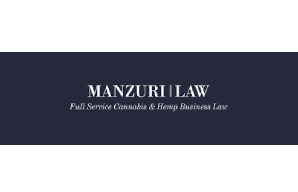 I. The Legalization of Cannabis in New York Will Have A Far Reaching Impact.

On March 31, 2021, New York Governor Andrew Cuomo signed the Marijuana Regulation and Taxation Act into law. This immediately legalized adult-use and possession of up to three ounces of cannabis, or up to 24 grams of concentrates. The Act also adds cannabis to the Clean Indoor Air Act establishing a baseline on where cannabis can be smoked or vaped. As such, consumption is now legal anywhere it is legal to smoke tobacco, including on city sidewalks.

Access to medical cannabis under the existing program was greatly expanded by the Act. Patients will no longer be prohibited from smoking cannabis flower and can receive up to a 60-day supply of cannabis – an expansion of the current 30-day cap. Medical practitioners will also now have the discretion to recommend medical marijuana for nearly any condition.

Home cultivation was a significant legalization element of the bill. Adults can now cultivate up to six plants, (three mature and three immature), or up to twelve plants total (six and six) for a household with more than one adult. The state still must write specific regulations for home-growing and experts believe that legal home cultivation could begin within six months after those rules take effect for medical users and up to 18 months for recreational users. Once these home grow regulations take effect, New York residents will then be able to store up to five pounds of marijuana in their home.

In a big win for both consumers and producers, the bill also legalized (eventual) home delivery and consumption lounges. Consequently, cannabis “microbusinesses” will be allowed, wherein companies will be able to grow and produce marijuana and also allow consumption onsite (i.e. similar to wineries and their on-site tasting rooms). Additionally, once adult-use retail stores are operational, the sale of hemp flower (in the cannabinoid hemp program), and smokable forms of hemp can be sold.

Although the bill immediately legalized use and possession, there is no legal way for cannabis to be purchased at this time, a dodgy space for consumers to be in. Experts indicate that it will take at least a year for the state to set up the new mechanism for regulating marijuana (The Office of Cannabis Management), write the rules, seek retail vendors and issue licenses. The essential components of the bill are outlined below.

II. The Bill Establishes The Office of Cannabis Management and a Two Tier Licensing Structure.

The new law establishes the Cannabis Control Board, which will craft new regulations, and the Office of Cannabis Management, which will implement the regulations. The Office of Cannabis Management will be governed by a five-member board, with three members appointed by the Governor and one appointment by each house. The Office will operate as a division of the New York State Liquor Authority and will regulate the recreational cannabis market, in addition to taking over the existing medical marijuana and hemp/CBD industries.
In an attempt to avoid a monopoly on the market, the bill has created a two-tier licensing structure. This will allow for a large range of cannabis producers by separating those that grow and process cannabis from those owning retail stores.

III. Cities Can Opt-Out of Allowing Retail Outlets But Cannot Opt-Out of Legalization.

Cities, towns and villages will be able to “opt out” of allowing retail outlets and the new “social consumption” sites. Communities will have until December 31, 2021 to choose whether to opt out, but residents of those communities may be able to overturn those decisions through a referendum. Cities that allow retail outlets will be entitled to 75 percent of the local share of the sales tax, the 25 percent remaining will go to the county.

IV. Taxes Will be Implemented on a “Per Mg of THC” Basis.

At the local retail level, there will be a 9% state tax plus a 4% local tax that will go to the counties, cities, and towns. Interestingly, the Bill implements a new cannabis tax structure that will replace a weight-based tax with a tax per mg of THC. This tax will be levied at the distributor level and will have different rates depending on the final product type.

V. Social Equity is Front and Center in This Bill.

The state set a goal of awarding 50% of the new cannabis business licenses to “social equity” applicants. The law defines “social equity” as those from “communities disproportionately impacted by the enforcement of cannabis prohibition.” In addition to minority-and women-owned businesses, it will also include disabled veterans and financially distressed farmers. Priority will also be given to applicants who have a marijuana-related conviction, or a close relative with such a conviction.
Past convictions for marijuana-related crimes that are now legal under the new law will also be automatically “expunged” from the records. Protections against discrimination in housing, education, and parental rights for those who use marijuana or work in the cannabis industry will also be implemented. Nationwide retailers will now need to evaluate their “one size fits all” employee drug policies for those operations within New York.
Once taxes are collected, 40% of those revenues will go to Community Grants Reinvestment Fund to those communities most affected by past drug enforcement, 40% will go to fund education and 20% will go to fund drug treatment and public education. In an attempt to ensure equity, two years after the first retail sale of cannabis the Cannabis Control Board will conduct a review to study the market share in the industry and make licensing adjustments.

VI. Law Enforcement Can No Longer Use Smell As Justification For A Search.

In one of the most far reaching policies, the law now prohibits police officers from using the smell of marijuana to justify a search of suspects. The bill will also provide money to train police in drug recognition, with a robust state-led effort to develop technology for detecting marijuana-impaired driving. Driving while under the influence of marijuana will remain a misdemeanor.

These companies will be allowed to keep their operations vertically integrated, putting them at a great advantage in the New York market. However, the law limits the permits for large multi-state marijuana companies already operating medical dispensaries in New York to four additional stores, two of which must be in underserved communities – another nod to social equity.

Disclaimer: This article has been prepared and published for informational purposes only and is not offered, nor should be construed, as legal advice.