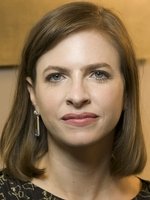 If you wish to re-publish this story please do so with following accreditation
AUTHOR: LAUREN ESTEVEZ Esq
PUBLISHER:  CANNABIS LAW REPORT

Cannabis companies have gone global, and with that expansion comes additional legal considerations. Canadian cannabis company Aurora cannabis just announced that they will now be operating in Germany, Italy, and Australia, expanding their current international portfolio. Tilray distributes its products globally across Canada, Europe, Australia and Latin America. This post will explore some of the key legal provisions to include in an international cannabis (or hemp) contract — whether it be for supply, consulting services, or a joint venture.

Due diligence is an essential step in any cannabis agreement — a brand new industry and a rapidly expanding market mean that opportunities abound. That being said, it’s essential to conduct thorough due diligence of any potential business partner, and if anything, international deals should be subject to even further review since you will often be dealing with legal regimes that differ from your own. As a start, make sure you have visited the facility, met with the business owners in person, thoroughly reviewed all company documents produced, and communicated with local regulatory agencies.

When you are pursuing a joint venture or supply agreement across borders, you will need to choose which country’s laws will govern the contract. Perhaps most important, you need to decide on a forum where any potential disputes arising out of the agreement will be resolved. You can take a blended approach and have the laws of both states govern and allow for resolution in either state. Consider this carefully as you are in the beginning stages of negotiation and make sure the clause is clearly drafted.

Given that operations will be held in different states, conflict of law provisions should clarify which laws govern which operations. If for example, you are one of the seven licensed Canadian producers setting up shop in Colombia, you will want the greenhouse operations to be governed by Colombian law first and foremost and perhaps additionally you will require certain regulatory standards that comply with Canada’s laws as well.

Sovereign immunity is a legal doctrine which varies between countries but which as a general principle states that nations are protected from lawsuits, unless they have waived their immunity. The difficulty here arises when you have a company that acts like a private one, but which when a lawsuit is presented after a breach of contract, claims to be a state actor that cannot be sued. This is a simple clause to include in your international agreements and can become especially important in cases of breach or insolvency.

When negotiating or drafting international agreements for cannabis corporations, as with any contract, you should ensure that the agreement is valid, enforceable, and clear. Ultimately the negotiation of many of these terms will come down to the bargaining power of the parties, but some of the international considerations should be given additional attention so that the contract does end up in fact being enforceable in a practicable way.

Lauren Estevez is a Los Angeles based attorney advising cannabis and CBD companies, investors, and brands.