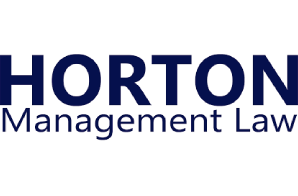 On March 31, 2021, New York Governor Andrew Cuomo signed the “Marijuana Regulation and Taxation Act” into law. This action immediately decriminalizes many instances of adult possession and use of cannabis products, including marijuana, statewide. It will eventually lead to the legal sale of marijuana through licensed dispensaries. Among the immediate impacts, now New York law protects employee marijuana use.

Legalization of Adult Recreational Marijuana Use

The extensive Marijuana Regulation and Taxation Act begins a complex process of legalizing the sale of cannabis for adult consumption in New York. Selling marijuana, except as licensed to certified medical marijuana patients, will remain illegal until sometime in 2021. However, New Yorkers aged 21 and up can immediately begin to use marijuana without violating state law.

The New York penal law is immediately amended to expressly declare the following “lawful” for people aged 21 or older:

There are some restrictions on marijuana use, such as smoking or vaping it in most public places and automobiles.

Protections for Employee Marijuana Use

Section 201-d of the New York Labor Law now specifically protects an employee from job discrimination based on the “legal use of consumable products, including cannabis in accordance with state law.” The protection extends to use that is all of the following: (a) outside of work hours, (b) off the employer’s premise, and (c) without the use of the employer’s equipment or other property.

Notwithstanding the new state law, marijuana remains a controlled substance (i.e., illegal drug) under federal law.  And the Legislature seemingly acknowledges that marijuana can have a behavioral impact on individuals who consume it. The New York Marihuana Regulation and Taxation Act attempts to address those realities with potential exceptions to the Labor Law protections for employee cannabis use.

An employer does not violate section 201-d of the Labor Law based on employee cannabis use when:

Unfortunately, these exceptions are relatively vague in light of the situations employers are likely to face. For example, few, if any, other laws expressly prohibit an employer from employing someone who consumes marijuana outside of work. And it is practically difficult to measure whether someone is sufficiently impaired by cannabis while working.

Under the New York medical marijuana law, the federal Drug-Free Workplace Act has been referenced as a potential barrier to some employees using marijuana for medicinal purposes. However, there are still open questions as to that law’s relevance on the subject, including recreational marijuana consumption.

The legalization of marijuana use (with limits) and the protections for employee marijuana use are effective immediately. Accordingly, all New York employers should consider taking the following actions.

Do you have a policy that includes marijuana or other cannabis products as prohibited substances? If so, you may want to remove that reference or limit it to workplace use and impairment.

Pre-employment drug testing for marijuana is probably now unwise in almost all cases. It may be federally mandated for some categories of employees, such as those in the transportation industry. But, for most workers, a positive marijuana test would only provide employers with information that they should not be using as the basis for hiring decisions.

Drug testing for marijuana during employment will also now be problematic. Because of how long the drug can stay in one’s system, a positive test will often not guarantee workplace use or impairment. Employers will likely need to rely on personal observations to prove these unprotected scenarios.

Remember that employers may still discipline employees for using or possessing marijuana at work or working under the influence of cannabis if it negatively affects performance or safety. Employers with concerns about this occurring need to ensure supervisors are both aware of the legal restrictions and understand the visible symptoms that may demonstrate impairment.

Discussion of marijuana use by employees will likely become more prevalent in the workplace with the new legal protections. Employers may choose to restrict this subject in some cases. But, either way, knowledge of employees’ use generally cannot be used against them. Supervisors should avoid inquiring into this subject so that employees otherwise disciplined will not point to this factor as an alleged basis of discrimination.

We are at the very beginning of understanding what legal recreational use of marijuana will mean for New York workplaces. Additional regulations may be on the way. And we’ll gain a better understanding of how various constituents will handle the employee marijuana use protections over time.