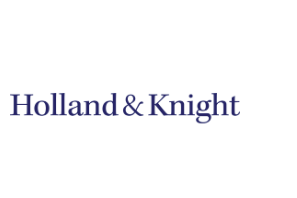 The House of Representatives (Cámara de Diputados) of Mexico on March 10, 2021, voted to approve the Federal Law for Cannabis Regulation (Ley Federal para la Regulación del Cannabis), a bill that would legalize and (to some extent) decriminalize the recreational use of cannabis.

With 315 votes in favor, the majority of the House approved the bill and submitted it to the Senate, where it will be reviewed and discussed once again. The bill comes after a 2019 ruling by the Supreme Court of Justice of Mexico (Suprema Corte de Justicia de la Nación or SCJN) declaring the absolute prohibition of cannabis consumption to be unconstitutional and ordering Congress to regulate. The bill regulates the growth, consumption, distribution, industrialization and sale of cannabis for recreational purposes, effectively creating a vast new legal market and making Mexico the largest polity to legalize its trade and consumption.

The bill allows for the creation of so-called “cannabis clubs” for personal consumption, commercialization and industrial production. Publicity will not be permitted, and cannabis consumption will be prohibited for minors.

However, while the bill represents a landmark and a major shift in the country’s drugs policy, non-governmental organizations (NGOs) and activists have raised concerns that the bill continues to criminalize users (fines and criminal prosecution may be enforced if the possession thresholds are exceeded) and marginalized groups, such as small farmers who have been historically forced to grow cannabis. Further, NGOs worry that the new law and the amended provisions of existing legal statutes do not eliminate extortion incentives against recreational users and small producers.

The Senate will review the bill and is expected to determine whether it complies with the 2019 ruling of the SCJN, but a fast-track vote by the majority remains a possibility.