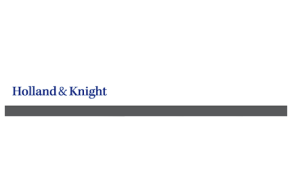 As Congress continues to deliberate the federal legalization of marijuana, the cannabis industry continues to face scrutiny from the IRS under Section 280E of the Internal Revenue Code (Code).

Enacted in 1982 in response to a U.S. Tax Court case that allowed a drug dealer to deduct expenses in connection with his illegal activities, Section 280E provides:

Thus, Section 280E prohibits any trade or business that consists of trafficking in controlled substances from deducting or taking credits1 for any amounts paid or incurred during the taxable year. The U.S. Tax Court has interpreted “trafficking” by reference to the verb “traffic,” denoting engagement in regular commercial activity, which includes legal distribution of medical marijuana to consumers under state law.2

Cannabis is a Schedule I controlled substance; thus, and despite the fact that cannabis programs have been regulated in the majority of U.S. states and territories as well as Washington, D.C.,3 cannabis remains illegal under federal law and is covered by Section 280E.

This generally means that cannabis businesses may not deduct necessary costs (other than cost of goods sold or COGS)4 in computing gross income for federal tax purposes. For example, a cannabis business subject to Section 280E may be unable to deduct expenses such as rent, payroll, advertising, utilities, insurance, office equipment, legal and accounting fees, etc. However, a cannabis business may be allowed limited cost relief for direct and indirect costs in determining its COGS under the relevant Code regulations, depending on whether such business is a reseller or producer of cannabis.

The Section 280E prohibitions impose additional economic strain on cannabis businesses that are operating in an already highly regulated and competitive market. By denying what would ordinarily be deductible expenses for most businesses, Section 280E may impose a severe effective tax rate on certain cannabis businesses. For example, a cannabis company could have a net loss on its internal books but, by operation of Section 280E, have significant taxable income for federal tax purposes, resulting in a challenging outcome to the taxpayer.

As is typically the case, most federal tax disputes do not extend beyond the audit level. However, cannabis businesses in recent years have petitioned the U.S. Tax Court (and other courts) challenging the IRS’ proposed audit results, often disputing the IRS’ application of Section 280E to their business operations under various interpretations of the law. Frequently, the IRS has prevailed in prohibiting cannabis businesses from taking business deductions and seems to be becoming more emboldened in its litigation position.

That is not to say that cannabis businesses have not prevailed in some aspects in U.S. Tax Court. In Californians Helping to Alleviate Med. Problems, Inc. v. Commissioner (CHAMP), an issue before the U.S. Tax Court was whether the taxpayer, a public benefit corporation established to provide members suffering from debilitating diseases with medical marijuana and caregiving services, had two trades or businesses: 1) providing medical marijuana, and 2) caregiving services.5 In analyzing whether the taxpayer had two or more trades or businesses, the court stated, “[W]hether an activity is a trade or business separate from another trade or business is a question of fact that depends on (among other things) the degree of economic interrelationship between two undertakings,” noting the IRS “generally accepts a taxpayer’s characterization of two or more undertakings as separate activities unless the characterization is artificial or unreasonable.”6

It must be stated that the CHAMP case is the exception and not the norm, as the IRS has already prevailed in numerous cases in the first quarter of this year alone.7 For example, in San Jose Wellness v. Commissioner, a recent U.S. Tax Court case involving a taxpayer that operated a licensed medical cannabis dispensary pursuant to California law, the court rejected the taxpayer’s various nuanced textual arguments and determined that Section 280E’s broad prohibitions barred certain deductions (including charitable contribution and depreciation deductions) and upheld a 20 percent accuracy-related penalty against the taxpayer.

Members of the House and Senate on both sides of the aisle have expressed support for the federal legalization of cannabis. Unless Section 280E is repealed or marijuana is legalized at the federal level, businesses trafficking in cannabis (whether legally or illegally at the state level) must still compute gross income without the benefit of business deductions prohibited by Section 280E.

1 Case law on Section 280E has generally focused on the denial of deductions and not the application of credits; thus, this alert focuses on deductions.

4 To avoid possible challenges to Section 280E on constitutional grounds, the Senate Finance Committee stated in its report that “the adjustment to gross receipts with respect to effective costs of goods sold is not affected by this provision of the bill.” S. Rept. 97-494 (Vol. 1), at 309 (1982).

Information contained in this alert is for the general education and knowledge of our readers. It is not designed to be, and should not be used as, the sole source of information when analyzing and resolving a legal problem, and it should not be substituted for legal advice, which relies on a specific factual analysis. Moreover, the laws of each jurisdiction are different and are constantly changing. This information is not intended to create, and receipt of it does not constitute, an attorney-client relationship. If you have specific questions regarding a particular fact situation, we urge you to consult the authors of this publication, your Holland & Knight representative or other competent legal counsel.

Harris Beach: Municipal Guidance On Land Use and Zoning, Cannabis and the Marijuana Regulation and Taxation Act