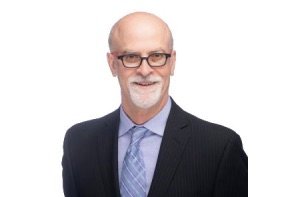 The cannabis plant, including both hemp and marijuana, like most plants is comprised of
multiple parts including the stalk and stem, leaf, flower, and seed. Within the flower, amongst
other material reside over 144 cannabinoids: biologically active, chemical constituents. These
cannabinoids, also produced by other plants, interact with our endocannabinoid system in a
myriad of ways. However, because of the 75-year federal prohibition of marijuana and hemp, we
are only just beginning to discover more fully the effect of cannabinoids on the endocannabinoid
system, and the system in general. Just a few years ago most doctors knew little to nothing about
the endocannabinoid system because it has generally not been part of medical school curriculum.
That is changing.

The most popular cannabinoid, THC (tetrahydrocannabinol), and its intoxicating effect, resulted
in marijuana prohibition and reefer madness in 1937 after the end of alcohol prohibition. One of
the consequences of this was a virtual shutdown of research on cannabinoids in the United
States. While marijuana remains federally illegal, beginning with California in 1996, states
started moving the needle on medical cannabis decriminalization and a gradual increase in
research. Other countries like Israel have lead the way in cannabis research helping us to better
understand cannabinoids and their effect on humans.

Over the past decade, CBD (cannabidiol) has gained in popularity as we have become more
aware of its beneficial effects. Hemp, cannabis with less than 0.3% THC, is now often grown for
its flower and CBD content. CBD has been shown to support daily bodily functions, including
reducing inflammation, and is a helpful therapy for conditions such as epilepsy and multiple
sclerosis. The predominant, major cannabinoids THC and CBD are just the tip of the iceberg.
Minor cannabinoids – like CBN (cannabinol) and CBG (cannabigerol) – are now coming to the
fore; CBN has been discovered to have sleep therapy properties.

Marijuana, or high THC cannabis, is strictly regulated at the state level because of its
psychoactivity. Hemp on the other hand is regulated separately as an agricultural crop, much less
stringently than marijuana. That said, regulation of CBD products has remained murky as the
FDA has delayed the adoption of rules regulating the sector. In the FDA’s absence, states have
lead the way in CBD product regulation. Generally, CBD product manufacturers are regulated by
state departments of public health as food processing facilities. Thus, consumer protection is
being achieved in states that have passed CBD regulating legislation.

Given the relatively nascent nature of cannabis regulation, new cannabinoid discoveries and
trends are happening with greater speed. Issues surrounding naturally occurring and synthetically
derived cannabinoids are mounting and lines being drawn. Ultimately, products with intoxicating
cannabinoids will find themselves in the marijuana regulated space while consumers will
regularly find hemp products on mainstream retail shelves.

If you have any questions, please contact the Hoban Team today!