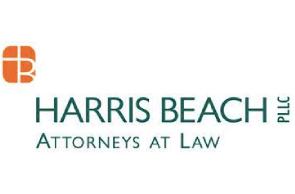 The recent legalization of adult-use cannabis in New York State has created enormous economic opportunity in the state, but taking advantage of those opportunities may bring harsh immigration consequences for foreign nationals currently in the U.S. or who seek admission to the United States in the future. Marijuana remains a Schedule I substance under the federal Controlled Substances Act, and is therefore illegal to possess, distribute, sell or manufacture anywhere in the United States.

We have previously discussed the potential immigration consequences of personal use of marijuana, as well as working in the legal marijuana industry—both of which can lead to findings of inadmissibility to the United States.

However, there remains a legal gray area regarding the potential impact of passively investing in the cannabis industry that is legal under state, but not federal, law. The distinction between an active and a passive investment is principally considered for tax reasons. Yet the Foreign Affairs Manual, governing U.S. consular officers’ decisions regarding visa issuance to foreign nationals, uses a similar concept and language when drawing a distinction between activities that are permissible and impermissible for a business visitor to the United States, noting:

An alien seeking investment in the United States, including an investment that would qualify him or her for status as an E-2 nonimmigrant investor, is not ineligible for a B visa on that basis alone. Similarly, an alien pursuing EB-5 immigrant visa may be issued a B visa to examine or monitor potential qualifying investments as long as the applicant otherwise establishes qualification for a B visa, including that they do not intend to enter the United States to pursue adjustment of status. Applicants seeking investment, like all B-1/B-2 travelers, are precluded from performing productive labor or from actively participating in the management of the business while in the United States in B status.

The active vs. passive distinction might also be used to determine whether an investment in the legal cannabis industry would render a foreign national inadmissible for violating any laws related to a controlled substance. U.S. Customs & Border Protection (“CBP”) published a statement on its website in October 2018 when Canada legalized marijuana, which stated in part:

Generally, any arriving alien who is determined to be a drug abuser or addict, or who is convicted of, admits having committed, or admits committing, acts which constitute the essential elements of a violation of (or an attempt or conspiracy to violate) any law or regulation of a State, the United States, or a foreign country relating to a controlled substance, is inadmissible to the United States.

This statement was published after several high profile news stories were published regarding Canadian citizens being refused admission at the border due to involvement in the cannabis industry.

The Immigration and Nationality Act, at Section 212(a)(2)(C)(i), contains a broadly worded ground of inadmissibility for anyone who:

It is clear that an active investment in the cannabis industry would run afoul of this language, but it is much less clear whether someone who is a passive shareholder in the marijuana industry faces similar liability, if they are not actively engaged in the conduct of the business.

Ultimately, whether or not such passive investment would be deemed to violate this provision rests with front line immigration officers—both those at the nation’s ports of entry and those who adjudicate applications for immigration benefits. Should those officers become aware of such passive investments—which is unlikely absent extensive questioning and/or requests for financial documents for a foreign national—it is possible that someone who simply owns shares of a marijuana company could be deemed a “knowing aider, abettor, assister, conspirator, or colluder” with those who sell marijuana legally under state law.