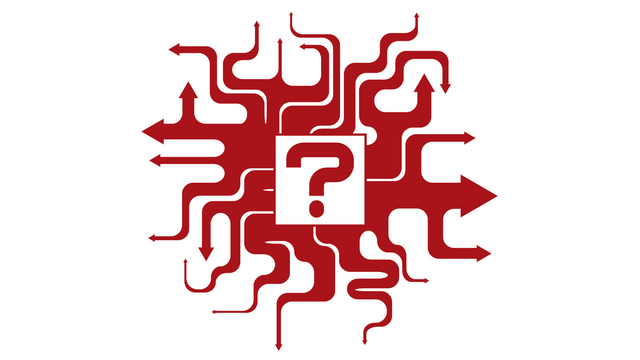 On May 19, 2022, the United State Court of Appeals for the Ninth Circuit (9th Circuit) ruled in a landmark case regarding the legality of delta-8 tetrahydrocannabinol (delta-8 THC). The 9th Circuit held, in AK Futures LLC v. Boyd Street Distro, LLC, that the plain and unambiguous text of the 2018 Agricultural Improvement Act (2018 Farm Bill) compelled the court to the conclusion that e-cigarette and vaping products containing delta-8 THC are lawful.

The 2018 Farm Bill Legalized Hemp Derivatives and Extracts, Which Includes Intoxicating Cannabinoids Such as Delta-8 THC

In the opinion, the Court analyzed the text of the 2018 Farm Bill to determine whether hemp-derived delta-8 THC was lawful. The 2018 Farm Bill removed hemp from the Controlled Substances Act (CSA) definition of “marihuana” as well as tetrahydrocannabinols in hemp. The Court then turned to the definition of “hemp,” which in full reads as follows:

The term “hemp” means the plant Cannabis sativa L. and any part of that plant, including the seeds thereof and all derivatives, extracts, cannabinoids, isomers, acids, salts, and salts of isomers, whether growing or not, with a delta-9 [THC] concentration of not more than 0.3 percent on a dry weight basis.

The Court analyzed the language of the 2018 Farm Bill as follows:

Importantly, the only statutory metric for distinguishing [CSA] controlled marijuana from legal hemp is the delta-9 THC concentration level. In addition, the definition extends beyond just the plant to ‘all derivatives, extracts, [and] cannabinoids[.] This seemingly extends to downstream products and substances, so long as their delta-9 THC concentration does not exceed the statutory threshold[.] Certainly, a substance must be a derivative, extract, cannabinoid, or one of the other enumerated terms to fall within the 2018 Farm Bill’s statutory definition. However, these terms do not impose meaningful constraints.

The Court concluded that the 2018 Farm Bill explicitly included all hemp derivatives, including psychoactive substances such as delta-8 THC, in the definition of hemp and therefore those compounds are lawful and distinguishable from “marihuana” under federal law. While this case dealt with delta-8 THC to the exclusion of other hemp-derived cannabinoids, its reasoning certainly suggests that hemp-derived cannabinoids and their downstream products, such as CBN, enjoy the same federal legality as delta-8 THC.

It is important to note that this decision is only binding in states inside the jurisdiction of the 9th Circuit, which include Alaska, Arizona, California, Hawaii, Idaho, Montana, Nevada, Oregon, and Washington. While this decision is likely to be persuasive in other regions, it is not dispositive and other Circuits could deviate from the 9th Circuit’s analysis.

While proponents of products containing delta-8 THC are justifiably pleased with this result, the facts of the case are important to consider when planning operations after AK Futures v. Boyd Street Distro. Here is how the Court framed the dispute:

AK Futures LLC, a manufacturer of popular e-cigarette and vaping products, brought suit for trademark and copyright infringement against Boyd Street Distro, LLC, a downtown Los Angeles storefront and smoke products wholesaler. According to AK Futures, Boyd Street has been selling counterfeit versions of its “Cake”-branded e-cigarette and vaping products containing [delta-8 THC] a chemical compound derived from hemp. Boyd Street contends that AK Futures does not have protectible trademarks for its Cake products because delta-8 THC remains illegal under federal law.

AK Futures was seeking to affirm an injunction issued by the District Court to prevent Boyd Street from continuing to infringe on its intellectual property. An injunction is an order from a court that enjoins (stops) a person from beginning or continuing an action that threatens another person’s legal rights. The District Court enjoined Boyd Street from selling goods bearing imitations of AK Futures’ two Cake logo trademarks or copying of Cake’s branding and from “reproducing, distributing . . . , or displaying” copies of the copyrighted Cake design.

To obtain a preliminary injunction, a party must show, in part, that it will likely succeed on the merits. Boyd Street did not contend that it was selling counterfeit Cake products, instead it argued that AK futures could not own a valid trademark because delta-8 was illegal under federal law. The Court held that “AK Futures is likely to succeed on its trademark claim because its delta-8 THC products are not prohibited by federal law, and they may therefore support a valid trademark.” In reaching this conclusion, the Court first determined that AK Futures legally used the Cake brand in commerce. Then the Court turned to whether the use was lawful. Only the lawful use of a trademark can establish a trademark priority. Because the US Patent and Trademark Office (USPTO) is a federal agency, the use must comply with federal law. This has prevented many cannabis brands from obtaining federal trademark protection. In order to determine whether trademark protection extended to AK Futures’ products, the Court had to evaluate whether the 2018 Farm Bill legalized delta-8 vapor products.

An important component to this analysis is that it involved smokable delta-8 products that did not contain tobacco or nicotine. This case did not involve delta-8 THC in consumable form, such as gummies or tinctures. Early this month the Food and Drug Administration (FDA) issued warning letters to companies selling delta-8 products. For a full analysis of the letters, check out my recent blog post. The FDA does not necessarily have jurisdiction over smokable hemp products so long as they do not contain nicotine or tobacco and so long as they are not marketed as a drug through claims made by the manufacturer or distributor. The 9th Circuit’s holding that delta-8 smokable products are lawful may not necessarily apply to ingestible products containing delta-8 THC because those products are regulated by the FDA and the FDA has determined that adding delta-8 THC to food or dietary supplements is a violation of the Food, Drug, and Cosmetic Act (FDCA). This is true even though delta-8 THC derived from hemp is not a controlled substance. There are many things that are not controlled substances that cannot be added to food for example, bleach is lawful to possess but unlawful to add food. CSA exclusion does not equate to FDCA compliance.

The Court also noted that its analysis turned on the veracity of AK Futures’ claims that its products contained hemp derivatives and did not contain more than 0.3% THC:

Boyd Street presented two arguments that were rejected by the Court:

Boyd Street cited to the DEA’s explanation that accompanied its hemp-related regulation that, “[a]ll synthetically derived tetrahydrocannabinols remain schedule I controlled substances” and claimed that because delta-8 is refined through a manufacturing process it is synthetic. The Court did not need to consider the agency interpretation because the text of the 2018 Farm Bill was unambiguous and did not limit how hemp derivatives, extracts, and cannabinoids were produced. The Court wrote that “the source of the product – not the method of manufacture – is the dispositive factor for ascertaining whether a product is synthetic.”

The AK Futures case provides clarity on the legality of Delta-8 THC vapor products and e-cigarettes under federal law. It shows that the federal courts are not reading in some limitation on psychoactive hemp derivatives that does not appear in the 2018 Farm Bill. Regardless of how you feel about delta-8 THC, this is a significant case in the history of cannabis legalization.