Freeman Law: Section 280E and The Taxation of Cannabis Businesses 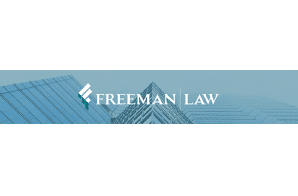 Section 280E of the Internal Revenue Code prohibits taxpayers who are engaged in the business of trafficking certain controlled substances (including, most notably, marijuana) from deducting typical business expenses associated those activities. Section 280E, which was enacted in 1982 during the so-called War on Drugs, has become increasingly relevant for cannabis (marijuana) businesses. The marijuana industry has grown substantially in recent years and is projected to take in more than $25 billion annually by 2025. This revenue growth has been driven by an increasing number of states opting to legalize marijuana. But despite this trend towards legalization at the state level, marijuana remains illegal under federal law—it is classified as a Schedule I controlled substance under the Comprehensive Drug Abuse Prevention and Control Act of 1970, 21 U.S.C. §801–971 (1970), (“Controlled Substances Act” or “CSA”), raising the specter of section 280E.

By enacting section 280E, Congress sought to reverse a then-recent Tax Court decision: The 1981 landmark case of Edmondson v. Commissioner. In that case, the Tax Court allowed a trafficker of amphetamines, cocaine, and cannabis to deduct ordinary and necessary business expenses related to an illicit drug business.[1] The expenses included rent, packaging, telephone, automobile expenses and the purchase of a small scale.[2] In response,[3] Congress enacted Section 280E,[4] preventing businesses engaged in certain illegal activities from recovering costs related to controlled substances or claiming associated business deductions[5]—that is, disallowing deductions that would otherwise be available under Section 162.

Generally, Section 162(a) allows a taxpayer to deduct ordinary and necessary expenses paid or incurred during the tax year in carrying on any trade or business.[6] Deductions under Section 162, however, are, as the adage goes, “matters of legislative grace” and “Congress [may generally] condition, limit, or deny deductions from gross income in arriving at the net which is to be taxed.”[7] Section 280E provides that:

Marijuana is classified as a Schedule I controlled substance under the Controlled Substances Act, rendering marijuana businesses subject to section 280E. The Senate Report accompanying the enactment of Section 280E elaborated on the legislative intent behind the provision:

All deductions and credits for amounts paid or incurred in the illegal trafficking in drugs listed in the Controlled Substances Act are disallowed. To preclude possible challenges on constitutional grounds, the adjustment to gross receipts with respect to effective costs of goods sold is not affected by this provision of the bill.

In short, Section 280E prohibits a taxpayer who is engaged in trafficking a Schedule I or II controlled substance (such as cannabis, i.e., ‘marijuana,’ which is listed as ‘marihuana’ on Schedule I)[9] from taking tax deductions or credits—except for the adjustment to offset gross receipts by the cost of goods sold (COGS)—when determining gross income.[10]Notably, Section 280E disallows deductions for expenses that are not illegal per se (such as: rent, salaries, and telephone expenses).[11]

THE THREE ELEMENTS OF 280E

Section 280E applies where three elements are present: (1) a controlled substance; (2) trafficking; and (3) a trade or business.[12]

Section 280E denies deductions and credits for amounts paid or incurred in carrying on the trade or business of trafficking controlled substances (within the meaning of Schedules I and II of the CSA), in violation of federal or state law.[13] Despite legalization in at least 31 states (and the District of Columbia) and approval for medical use in nine states, federal law continues to classify cannabis as a “controlled substance” under schedule I of the CSA.[14] Section 280E, therefore, prohibits tax deductions and credits attributable to the trade or business of trafficking in cannabis.

The Tax Court has defined “trafficking” by reference to the verb “traffic,” taking the definition from Webster’s Third New International Dictionary to mean “to engage in commercial activity: buy and sell regularly.”[15] Thus, the purchase and sale of cannabis constitutes trafficking even when permitted by state law.[16] By defining “trafficking” in this manner, the court has cast a wide net. Indeed, most, if not all, commercial activity with respect to cannabis would appear to fall under section 280E’s definition of trafficking.

Whether a taxpayer’s activities constitute a trade or business is an issue that draws upon a host of case law precedents and generally looks to the level of activity, continuity of that activity, and period over which the taxpayer has engaged in that activity. Although a cannabis business is illegal under federal law,[17] a taxpayer is nonetheless required to pay federal income tax on the taxable income derived from a cannabis trade or business. Section 61(a), in other words, does not differentiate between income derived from legal sources and income derived from illegal sources. [18]

A California public benefit corporation that provided medical cannabis to patients with debilitating diseases, pursuant to state statute, and provided non-cannabis-related counseling and caregiving services to its members, challenged the IRS’s disallowance of all of its ordinary and necessary business expenses.[19] While the tax court held that the taxpayer’s provision of medical cannabis constituted “trafficking”[20] within the meaning of section 280E, the court held that the taxpayer’s caregiving services were a separate trade or business sufficient for the purposes of business expense deductions.[21] The court reached this holding based on legislative history expressing that Section 280E was not intended to preclude taxpayers from deducting expenses attributable to a trade or business other than that of illegal trafficking in controlled substances simply because the taxpayer was also involved in trafficking a controlled substance.[22] Notably, the government conceded that §280E does not prohibit a taxpayer from claiming COGS related to the trafficked substance.[23]

Canna Care (“Canna”) was a mutual benefit corporation and pursuant to California law, was prohibited from distributing cannabis for profit. The IRS determined deficiencies in Canna’s federal income tax and Canna challenged the IRS’s disallowance of deductions for operating expenses that it incurred in operating a medical cannabis dispensary that was permitted by California law.[24] The tax court held that Canna, unlike CHAMP, was a single-business venture and that it was engaged in the trade or business of trafficking in controlled substances (here, medical cannabis).[25] Thus, Canna’s operating expenses were held not to be deductible.[26]

Canna reaffirmed two key aspects of 280E in relation to cannabis businesses. First, despite legalization across the country, cannabis is still a controlled substance under federal law and, as such, the Tax Court will continue to characterize taxpayers engaged in cannabis-related business activities as being engaged in trafficking within the meaning of section 280A. Second, a taxpayer engaged in the trade or business of selling cannabis falls under Section 280E and cannot claim business deductions other than the cost of goods sold with respect to that trade or business.

Section 280E is a federal statute that bars any business, or portion of its business, engaged in trafficking a Schedule I or II controlled substance (such as cannabis) from deducting non-COGS related deductions or credits for federal tax purposes. Case law, however, provides businesses that have separate and distinct cannabis and non-cannabis operations with an opportunity to structure their operations in a manner that mitigates the impact of section 280A. Such taxpayers should consult an experienced tax attorney to ensure that they structure operations in an optimal manner and comply with the latest case law interpreting section 280E.

[3] S. REP. NO. 97-494 (Vol. I), supra at 309 (1982) (“There is a sharply defined public policy against drug dealing. To allow drug dealers the benefit of business expense deductions at the same time that the U.S. and its citizens are losing billions of dollars per year to such persons…”)

[20] Id. at 182 (The tax court chose to utilize Webster’s Dictionary and apply the gerund “trafficking” by reference to the verb “traffic”, which as relevant herein denotes “to engage in commercial activity: buy and sell regularly”.)

[21] Id. at 178. (The court distinguished and allocated the company’s expenses into two primary businesses; one that focused on providing ‘caregiving services’ and a second that was tied directly to cannabis distribution. The ordinary and necessary business expenses associated with the caregiving portion (about 18/25 of the expenses including: salaries, wages, employee benefits, employee training, meals and entertainment, parking and tolls, rent, and laundry and cleaning) were held to be legally deductible. Id. at 185. The remaining expenses (about 7/25t of the expenses) associated with the cannabis distribution were disallowed entirely).