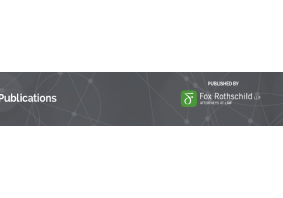 Third in a series on the New York State Cannabis/Marijuana Regulation & Taxation Act. Read the first and second installments.

New York’s industry-altering Marijuana Regulation and Taxation Act includes an apparent mandate that cannabis retailers enter into, maintain and adhere to a “Labor Peace Agreement” with a labor union in order to legally grow, distribute or sell cannabis products in New York — a requirement applicants for all license classes should approach carefully.

The law, enacted March 31, expands New York’s medicinal cannabis program and makes it the latest state to legalize recreational cannabis use. It also sets the regulatory scheme for the cannabis market, establishing the New York State Cannabis Control Board (CCB) and Office of Cannabis Management (OCM) to oversee and manage the registration, license and permit process for market participants (see an analysis of labor and employment considerations for non-cannabis licensees.)

A Labor Peace Agreement (LPA) generally requires its signatory employer to remain “neutral” in a union organizing effort initiated by the signatory union. LPAs have become increasingly familiar to cannabis employers operating in states that require them as a condition of doing business, or extend preferential status in the licensure application process to employers that voluntarily enter into an LPA. From a practical perspective, an LPA eases the union organizing process for its signatory union.

Generally, an LPA is a private contract between an employer and a labor union, pursuant to which both parties waive certain rights under the National Labor Relations Act (NLRA) related to union organizing. For example, the NLRA grants an employer (i.e., the cannabis company) broad rights to express its views to employees about unionization — including its opposition to union representation — as long as those statements are not coercive. The NLRA also protects a union’s right in certain circumstances to initiate or encourage a strike, boycott, work stoppage or other type of economic pressure against an employer whose workers it is seeking to organize.

The definition of an LPA varies by state. Most states that impose or prefer LPAs, including Illinois and California, define an LPA as an agreement between an employer and a union in which, at a minimum, the union pledges not to strike or engage in other types of work stoppages, and the employer pledges not to disrupt union organizing efforts and to grant the union access to its worksite to engage in organizing activity. However, the parties are free to negotiate a much more comprehensive agreement that goes beyond the minimum threshold terms required to constitute a statutory LPA in each state. Because agreeing to an LPA in many cases is a condition of doing business in a state, or gives an employer preference in the application process, unions have the stronger bargaining position in negotiating an LPA. In addition, a union generally will not waive its right to engage in a strike or other economic activity against an employer without insisting on significant gains in return. For these reasons, LPAs can and often do include union-friendly provisions that give the union an advantage in the organizing process far beyond what the law requires. These terms can include requiring the employer to voluntarily recognize the union upon a showing of majority support; waive its rights to pursue certain proceedings before the National Labor Relations Board (NLRB); agree to a set definition of the bargaining unit; and/or agree to include certain terms in a collective bargaining agreement or conclude collective bargaining agreement negotiations by a certain date.

An LPA’s role in a state’s cannabis industry regulatory scheme likewise varies by jurisdiction. For instance, in California, an employer with 20 or more employees must, as part of the license application process, pledge to enter into and comply with the terms of an LPA, and then be party to an effective LPA in order to maintain its license. A California cannabis employer with fewer than 20 employees must pledge to agree to an LPA with a union within 60 days of employing its 20th worker. In Illinois, a cannabis license applicant that is a party to an LPA earns preferential “points” toward license application approval. New Jersey has a similar requirement for applicants for medicinal cannabis licenses and additionally requires a licensed cannabis operator to sign a collective bargaining agreement with a union within 200 days of opening as a condition of doing business.

State-mandated cannabis industry LPAs are not new to New York, as entities in the state’s medical cannabis market are already required to sign them. However, the Marijuana Regulation and Taxation Act applies expanded LPA requirements to the adult-use market. Specifically, the law requires that in order to be registered or licensed to operate, entities must be party to an LPA with a labor union that is either actively representing — or attempting to represent — the employer’s workers. In addition, the law makes an employer’s maintenance of an LPA an ongoing material condition of registration and/or licensure. Finally, in evaluating applicants with 25 or more employees for licensure in the adult-use market, the state will give special consideration to employers that are party to an LPA with a building and construction trade union for construction work on the employer’s licensed facilities.

The only specific LPA term required to meet the statutory definition of an LPA is a prohibition on the signatory union and its members “from engaging in picketing, work stoppages, boycotts, and any other economic interference with the entity.” However, while the statutory definition of an LPA under the new law appears to obligate an employer to waive few — if any — of its rights under federal labor law, the devil is in the details when it comes to the overall terms of an agreement. As explained above, where LPAs are a condition of operating — as they are in New York — unions will continue to have significant leverage in negotiating additional union-friendly terms that exceed the statutory requirement.

License applicants seeking to enter the adult-use market in New York should proceed thoughtfully and carefully before signing a labor peace agreement. As an employer, it is wise for the licensee to:

Finally, it is a good idea to consult experienced management labor counsel during the LPA negotiation process.