Federal Study on Cannabis Raises More Questions Than It Answers 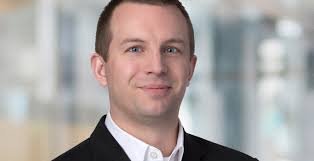 The White House Office of National Drug Control Policy (ONDCP) recently released “An Initial Assessment of Cannabis Production, Distribution, and Consumption in Oregon 2018 – An Insight Report.” The report “does not purport to be a policy evaluation or policy performance review; rather [the] assessment provides a verifiable analysis of assorted information and data.” A review of the data and its presentation raises more questions than it answers. The assessment presents data in a way that conflates Oregon’s adult-use, medical and black markets. As a result, it is challenging to determine what, if any, policy response might be appropriate.

The U.S. Attorney for the District of Oregon provided a statement in response to the assessment. The statement describes the production, distribution and consumption in Oregon as “out of control” and suggests, “state officials should respond quickly and in a comprehensive manner to address the many concerns raised.” The U.S. Attorney requests, “continues to be for transparency, responsible regulation, adequate funding, and a willingness to work together.” He further adds, “[i]t’s time for the state to wake up, slow down, and address these issues in a responsible and thoughtful manner.”

Fair enough. So let’s take a look the assessment and see how meaningful the current data really is. The assessment’s key findings include:

There is an obvious elephant in the room.  The production and sale of cannabis remain illegal under the Controlled Substances Act, and the Attorney General has made his views on the state legalization of marijuana quite clear. So there might well be an inherent bias as a result (similar to EPA’s recent conclusion that larger cars will reduce fatalities and fuel consumption because people will drive less because fuel will be more expensive and they can carry more groceries in their cars). That said there is the obvious problem of cannabis demand throughout the U.S., including in states without medical or adult-use programs. Prior to its medical and adult-use programs, people were illegally producing and exporting cannabis from Oregon. Few would question the conclusion that Oregon has, and will continue to have, an export problem when there is money to be made from illegally producing and selling cannabis.

Still, at least two of the data points stand out as possibly incorrect or at least misleading given the report’s statement that they constitute “verifiable analysis of assorted information and data.” The first is the statement that a single mature plant consumes, on average, 6 gallons of water per day. The second is that it takes approximately 5.2 megawatts of electricity to produce a single kilogram of (indoor) finished flower.

Digging deeper into the assessment, it notes, “definitive information varies about the water needs of cannabis cultivation with estimates ranging widely from 1 to 15 gallons daily.” The six gallons per day figure comes from a California study. That study relied on “high-resolution aerial imagery to estimate the number of marijuana plants being cultivated in four watersheds in northwestern California” and “estimated the water demand of marijuana irrigation.” However, the water estimates “were based on calculations from the 2010 Humboldt County Outdoor Medical Cannabis Ordinance draft.” I was unable to locate a specific water estimate in that ordinance. It simply states, “the cultivation of marijuana in areas not served by public water systems may result in large, unregulated withdrawals of water from creeks, streams, and rivers.” It remains unclear where the 6 gallons per day figure actually comes from, how accurate it actually is, and whether it equally applies to indoor and outdoor operations, which are in compliance with state law.

The claim that it takes approximately 5.2 megawatts of electricity to produce a single kilogram of finished flower comes from a 2017 paper titled “High Time to Assess the Environmental Impacts of Cannabis Cultivation.” The paper does not analyze electricity use, but rather states “it has been estimated that the power density of marijuana cultivation facilities is equal to that of data centers and that illicit grow operations account for 1% of the U.S.’s average energy use.” The paper cites a 2012 paper titled “The carbon footprint of indoor Cannabis production.” A subsequent paper titled “Trends and Observations of Energy Use in the Cannabis Industry,” citing the 2012 study, notes the author “calculates that it takes approximately 13,000 kWh per year to operate a standard production module that is 4’x4’x8’. This is based on a production cycle of 78 days, for 4.7 cycles per year, and simple assumptions about the equipment capacities and use.” There is an obvious leap between a small 4’x4’ grow space and larger indoor production facilities that employ LED lighting. Indeed, the author of the subsequent paper suggests that, “falling product prices will drive the need for more competitive operating costs, which will largely be presented in the form of energy efficiency.” There are arguably energy savings from larger indoor grows, outdoor production and the use of indoor greenhouses that rely on light deprivation techniques.

My view is that the U.S. lost the federal war on all drugs long ago, not just cannabis. Nevertheless, the law is the law and, regardless of Oregon legalization, we cannot permit growers to operate on federal lands. OLCC licensed businesses must support efforts to eliminate market participants that do not follow the rules, and they must take better care to ensure that their product does not enter the black market. Lastly, OLCC enforcement also needs to be stepped up — following adequate funding from the State Legislature — if for no other reason than to prevent further wrath of the federal government.

Most of our readers probably concur that the U.S. Attorney’s call to Oregon to “wake up” is misplaced. Our federal anti-drug resources would be far better directed at the community-destroying opioid crisis, but that seems unlikely to happen under the current Attorney General unless and until Congress gets its act together to pass the STATES Act.Evidence already exists that medical marijuana (1) reduces the daily doses filled for opioids, (2) reduces opioid overdose deaths, and (3) facilitates the substitution of marijuana for opioids. Removing cannabis from the Controlled Substances Act in states where the people and the local government have decided that there are larger public health issues to worry about would allow our federal government to not only respect public sentiment regarding cannabis but also liberate funds do help those affected by life-destroying pharmaceuticals.