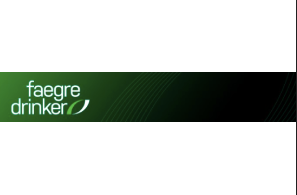 On March 31, 2021, Gov. Andrew Cuomo signed into law the New York Marihuana Regulation and Taxation Act (MRTA), making New York the latest state to join a growing list of states and territories to legalize recreational use of cannabis for adults 21 and older. Effective immediately, the new law expands employment protections for lawful off-duty conduct to specifically include the use of cannabis as discussed below.

New York has long protected employees from discrimination based on an employee’s lawful off-duty conduct, including political activities, the legal use of consumable products — such as alcohol and tobacco — and other legal recreational activities outside work hours and off the employer’s premises. The MRTA amended New York’s protected off-duty conduct law (New York Labor Law § 201-d) to specifically include protections for lawful off-duty use of cannabis in the employment context.

As amended, Labor Law Section 201-d makes it unlawful for an employer to refuse to hire, employ or license, or to discharge from employment or otherwise discriminate against an individual because of:

Yes. Nothing in the MRTA requires an employer to allow or accommodate employees using, consuming or possessing cannabis during work hours or on company premises. In addition, the MRTA clarifies that an employer does not violate Section 201-d of the Labor Law when an employer takes an adverse action related to the use of off-duty cannabis because the employee is impaired while working. On-the-job impairment may be indicated when an employee:

manifests specific articulable symptoms while working that decrease or lessen the employee’s performance of the duties or tasks of the employee’s job position, or such specific articulable symptoms interfere with an employer’s obligation to provide a safe and healthy work place, free from recognized hazards, as required by state and federal occupational safety and health law.

The new law also provides certain carve-outs for employers who take adverse actions related to off-duty cannabis use when such action is: (i) “required by state or federal statute, regulation, ordinance, or other state or federal governmental mandate,” or, (ii) in circumstances where compliance with the state law (hiring or retaining off-duty cannabis users) would require an employer to violate federal law or would result in the loss of a federal contract or federal funding.

As a reminder, the Drug-Free Workplace Act requires certain federal contractors and all federal grantees to agree that they will make a good-faith effort to maintain drug-free workplaces as a precondition of receiving a contract or grant from a federal agency. However, the Drug-Free Workplace Act does not expressly prohibit federal contractors from hiring or employing a person who lawfully uses marijuana outside of the workplace and does not actually require drug testing. Therefore, the MRTA’s carve-outs may only be limited to federal contractors that are subject to U.S. Department of Transportation (DOT) drug testing requirements for safety-sensitive and other DOT-regulated positions. Federal contractors should consult with employment counsel as to whether the employment protections for lawful off-duty/off-premises recreational conduct, including the use of cannabis, under Section 201-d of the Labor Law apply based on a federal contract or grant.

Should New York Employers Continue to Test for Cannabis?

It depends. For DOT-regulated positions, testing for cannabis and all Schedule I drugs will continue to be required. However, for employers that are not otherwise obligated to drug test under applicable state or federal law, drug testing policies and procedures may need to be modified. As previously discussed, New York City was the first municipality to ban employers from requiring prospective employees to undergo a drug test to detect for the presence of THC, the active ingredient in marijuana, as a condition of employment (with several exceptions related to public safety and security). While the MRTA does not prohibit employers from conducting pre-employment drug screenings (outside of the City), the practical effect of the expanded employment protections may eliminate the need to do so since employers can no longer refuse to hire an applicant based solely on a positive drug test for marijuana. Similarly, drug testing employees based on reasonable suspicion of use or impairment while working and post-accident testing are permitted. However, testing alone will be insufficient to justify termination or other adverse action based upon a positive THC result for cannabis. For such conduct to be defensible, there must be some other objective, good-faith basis of on-the-job impairment coupled with the positive test result.

Given that the MRTA’s employment protections took effect immediately, employers should act quickly to review and update their drug and alcohol testing policies with employment counsel. In addition, hiring managers, HR professionals and supervisors will need to be trained about the law’s prohibition on any adverse employment action triggered by off-duty recreational marijuana use and the importance in documenting any objective signs of on-the-job impairment to support any adverse action taken based on the use of cannabis.