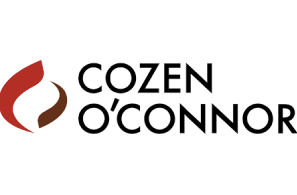 Wednesday, Governor Andrew Cuomo signed legislation legalizing adult-use cannabis in New York state for residents 21 and older while establishing a new regulatory system under an Office of Cannabis Management. The Marijuana Regulation and Taxation Act (MRTA) was sponsored in the State Senate by Senator Liz Krueger and in the State Assembly by Assembly Member Crystal Peoples-Stokes. After years of ongoing negotiation between the governor and state legislature, New York now becomes the 16th state, including the neighboring states of New Jersey and Massachusetts, to legalize. While some aspects of the legislation take effect immediately — including the legalization of possession of up to three ounces of marijuana and smoking cannabis anywhere where smoking tobacco is allowed in New York state — retail sales are not expected to begin for another 12 to 18 months after extensive rulemaking.

The MRTA will consolidate the new adult use program along with the state’s existing medical cannabis and cannabinoid hemp programs under the jurisdiction of the Office of Cannabis Management (OCM) within the Division of Alcohol Beverage Control. The OCM will be led by an executive director appointed by the governor and confirmed by the State Senate. The OCM will be governed by a five-member Cannabis Control Board.

The OCM will have vast jurisdiction over the cannabis industry, with powers to oversee the licensure of all business entities, set standards for cultivation, processing, marketing, and labeling, carry out enforcement activities, and promulgate all necessary rules and regulations.

There are limits on vertical integration for adult-use licensees, whereas those possessing cultivation and/or processing licenses cannot maintain a direct or indirect financial interest in retail dispensaries, and vice versa. The bill also establishes a goal of having 50 percent of licenses awarded to social equity applicants, including historically impacted communities, MWBEs, distressed farmers, and disabled veterans.

The law also expands the state’s existing medical cannabis program by increasing the number of dispensaries per licensed medical cannabis company (registered organizations) from four to eight, allowing for smokable products, expanding the list of eligible conditions, and increasing patient supply limits. The MRTA also allows for the limited vertical integration of registered organizations through the payment of a fee that allows for up to three co-located adult-use dispensaries.

New York state is eventually expecting $35 million in annual revenue from the adult-use program. All revenue will be transferred to a new Cannabis Revenue Fund with funds available after costs of administration going to social and economic equity programs (40 percent), the state education fund (20 percent), and drug treatment/education programs (20 percent).

The law allows cities, towns, and villages to vote to “opt-out” of having adult-use dispensaries or consumption sites by the end of 2021.

With the passage of this law, well over one in three Americans will live in states with legal cannabis. However, cannabis is still classified as a Schedule I drug at the federal level.

DISCLAIMER: Cannabis is still classified as a Schedule I controlled substance by the U.S. Drug Enforcement Agency, and as such it remains a federal crime to grow, sell, and/or use cannabis. Any content contained herein is not intended to provide legal advice to assist with violation of any state or federal law.

Hoban Law: The Current State of Cannabis in Mexico