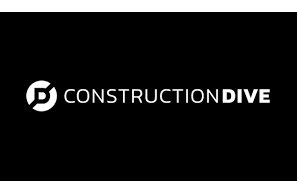 The concerns don’t just end at safety and liability. Because marijuana can stay in a user’s system for weeks, there’s no readily available test to determine if someone ingested the drug before work, on the job or at last weekend’s barbecue.

“While it may be legal to use cannabis products recreationally once the law takes effect, it’s not OK to come to work impaired,” Elmendorf said. “The real challenge is that the science of cannabis impairment testing is not really there yet. It’s not like if you think somebody is drunk, and you can administer a breathalyzer.”

Thus, the real onus for determining if workers are high on the job, and taking action to send them home, rests with the site superintendent, said David Pfeffer, a construction attorney and partner at Tarter Krinsky & Drogin LLP in New York City.

“In other states like California that have had marijuana use on the books for years, nothing has really changed,” Pfeffer said. “If a worker comes to the site and he seems impaired, then there will be a test and a judgment call by the site safety superintendent on the project.”

That testing might include ones similar to those used by police for roadside sobriety tests, such as checking on speech, appearance and the ability to walk in a straight line, Pfeffer said. The people administering those tests would need to be specially trained, as law enforcement officers are currently, to spot signs of being high.

Another issue is insurance. New York contractors already pay 30% more for workers’ compensation insurance than the national median, according to online insurance brokerage Insureon, and Elmendorf said rates for liability insurance in the state were among the highest in the nation.

Now, with New York’s marijuana law essentially holding contractors responsible for workers who are impaired, Elmendorf argued that getting insurance in the Empire State could become even tougher.

“The book is not completely written yet, but this opens up a whole new world of challenges for employers in general, and specifically for construction employers,” Elmendorf said.