Budtender Lawsuit Claims Workers Are Paid In Weed, Paid Under The Table, Or Not Paid At All

ne issue facing the growing cannabis industry is that it is dangerously open to lawsuits.

Entrepreneurs in the marijuana space are in a more vulnerable position than those in other industries because there is no established federal protection, no historical cases on the books to refer to, and it’s overall challenging to move an entire industry from the unlicensed to the licensed world. This evolution has been uncovering some worker’s rights issues. 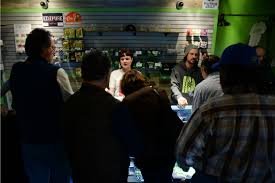 A new class-action lawsuit claims budtenders and other people who have worked in dispensaries may be overworked, underpaid, forced to work through lunch, paid in weed, not paid at all, or paid under the table. All of these practices are now huge risks that companies need to avoid. Entrepreneurs must be 100 percent compliant to move into the licensed marketplace.

I noticed an ad for a cannabis class action lawsuit on Twitter. It reads: “Paid in weed, paid under the table, or not paid at all: Cannabis workers are speaking out against shady business practices and fighting back for what they’re legally owed.” 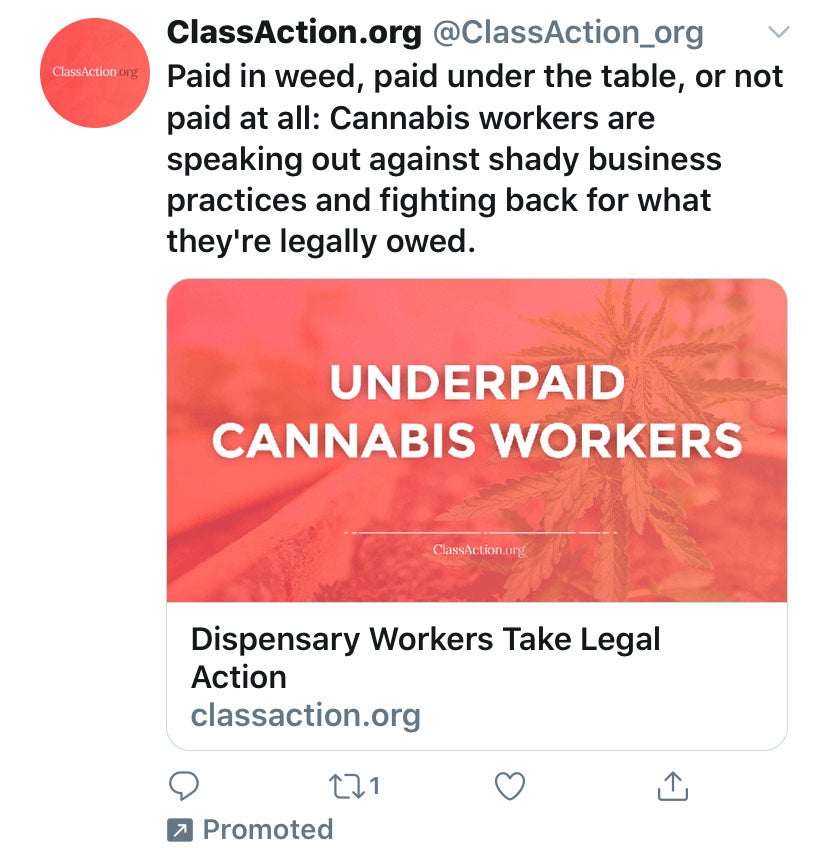 The suit “Investigation: Cannabis Dispensary Labor Violations” by ClassAction.org was a promoted Tweet and is calling on dispensary workers. It is likely targeted at cannabis legal states, I live in California and formerly Colorado. The ad says: “Even though cannabis is illegal on a federal level, employees in the legal marijuana industry are still covered by federal and state labor protections.”

The suit lists the potential causes for investigation including:

The language in the post tells cannabis industry workers to “fight back.” It echoes other class action language in its call-to-arms motivation. This will be a moment in the cannabis industry timeline where companies that have treated workers poorly could potentially see karmic debt returned. Even the cost of fighting such suits is an expensive endeavor you want to avoid at all costs.

RELATED: Illinois Demand For Cannabis Is So High, Recreational Shops Close Due To Shortages

Knowing all of this, you want to protect your company against potential lawsuits.

“Any time there’s a lawsuit, particularly in the cases of these new class actions coming out, people are looking for deep pockets,” Vicente Sederberg partner and cannabis attorney Jeffrey D. Welsh told Green Entrepreneur. “Plaintiffs aren’t interested in suing someone they are not going to get getting a payday from. The larger your company gets, the more of a target you become.”

As your business grows, treating your employees with respect across the ecosystem is extremely important. From trimmers to budtenders all the way up to the C-Suite, follow the legal regulations for employee treatment and compensation. Protect your employees’ rights and your company’s risk of litigation in the long run.